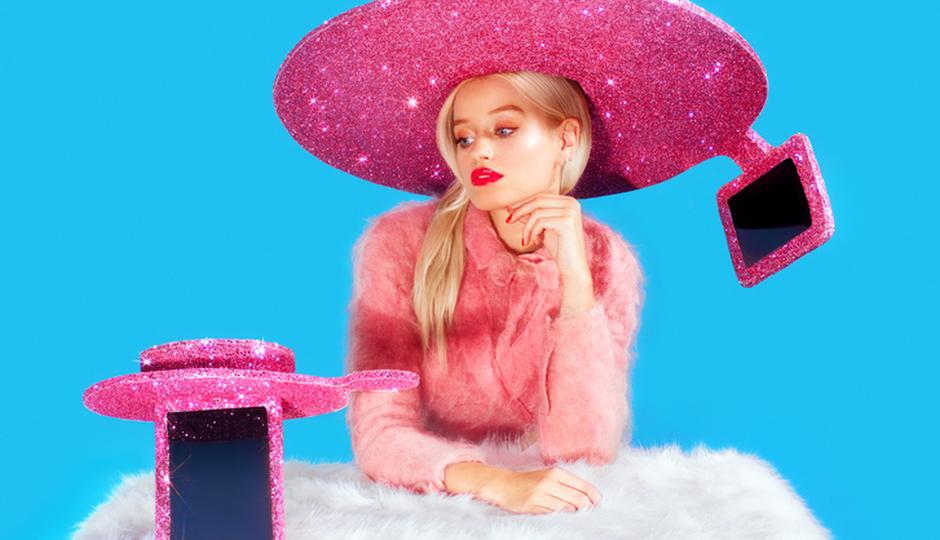 Acer teamed up with Fashion designer Christian Cowan-Sanluis to develop a giant 'selfie hat' fitted with a tablet especially for the London Fashion week.

The huge glittering pink hat is equipped with an Acer Iconia A-1 840 tablet that can spin 360 degrees to take a shot of the wearer from different angles. Selfie addicts can also upload and share their pictures online on various social media accounts. The sombrero style hat spins 360 degrees and has an integrated Acer tablet which enables struggling selfie takers to find their best angle," Acer UK said on its Facebook page. The hat retails at £599 (€750) will be displayed at the Christian Cowan-Sanluis fashion presentation at London Fashion Week.

Acer explained in a press release, "Whilst slowly moving the screen from left to right, not only does the selfie sombrero help the user finding their best angle, but also how to understand lighting, how various expressions can change your face and ultimately create the perfect social media moment."

The Acer Iconia A-1 840 tablet has an 8 inch IPS LCD display with 1200 x 1920 pixels resolution. The Acer tablet has 8 GB internal memory expandable via microSD card slot and 2GB RAM. It runs on Android 4.4 KitKat OS and has a quad-core 1.8 GHz Intel processor.

Acer launched a number of products at the IFA event in Berlin earlier this month. The tech giant unveiled the Iconia One 8, Iconia Tab 10, Aspire 8 W, Aspire Switch 11, R13, R11 and more at the event.