The leaked specifications of the Acer Iconia A1 showcase a quad-core processor, IPS display and Android 4.2 Jelly Bean. 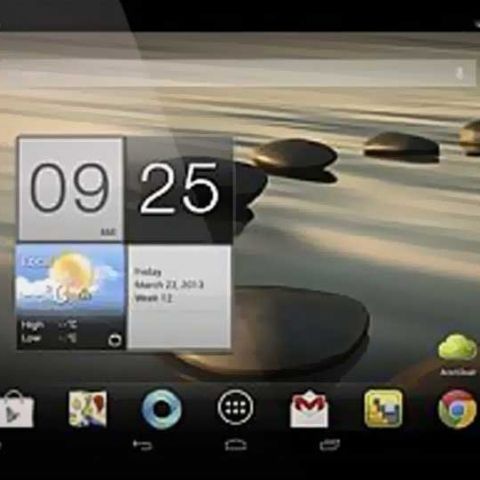 Thanks to leaks on the Internet, we have known about the existence of the Acer Iconia A1 for quite some time now, but now the tablet has received an unofficial preview online. From the specifications revealed, the tablet looks like a serious contender to take on the iPad mini.

To start with, the Acer Iconia A1 has a 7.9-inch IPS display with a 1024 х 768-pixel resolution. It runs on Android 4.2 Jelly Bean and has the quad-core MediaTek MT8125 Cortex-A9 processor clocked at 1.2GHz coupled with 1GB of RAM. It also houses the PowerVR SGX GPU. The tablet will have 8GB and 16GB built-in storage (11.8GB free to the user in the 16GB variant) expandable via a microSD card slot.

In terms of connectivity options, the Acer Iconia A1 supports Wi-Fi 802.11a/b/g/n, Bluetooth 4.0, GPS, 3.5mm jack and micro USB 2.0. The rear of the tablet has a 5MP camera and the front has a VGA video-calling camera. A 3250mAh battery powers the device. It is 11.10mm thick which makes it thicker than other tablets in its bracket and it weighs 460 grams.

The Acer Iconia A1 is will be priced at 169 Euros, which translates to roughly Rs. 12,000 approx. Looking at the specifications of the tablet on paper seems impressive, but we would like to put it through its paces to see how it performs in the real world.

If the Iconia A1 turns out to be a good performer, we may just have the ideal competitor to the iPad mini amongst us. All we need to do now is wait for Acer to officially announce the tablet.

Acer recently entered the budget tablet market in India with the launch of the Acer Iconia B1. The tablet was budget with every sense of the word. It has an average display though the touch response was good and it ran on Android 4.1 Jelly Bean. It also had low battery life, no HD video playback support and its build quality wasn’t the best. For Rs. 8,000 you have other tablets to consider before picking up the B1.

If you are looking for a tablet around the Rs. 12,000 price point, you can take a look at the Zync Quad 8.0, Asus Memo Pad, Samsung Galaxy Tab 2 P311, iberry Auxus CoreX2 3G tablet and many more before making your purchase decision.