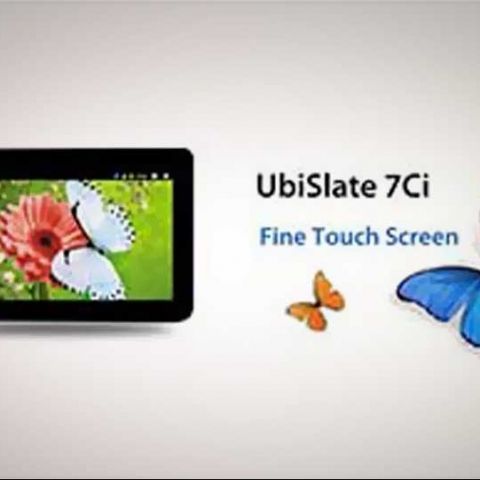 "With recent figures showing that in the UK, 29 per cent of the poorest households have no computer and 36 per cent no internet, we’re working to bring affordable technology to the many hundreds of thousands of households excluded from benefiting from the digital revolution”, Suneet Singh Tuli, CEO at UbiSlate is quoted as saying.

“The development of the tablet stemmed from the realisation that lack of internet adoption in many parts of the world was primarily because of lack of affordability. Our aim is to bridge the gap by offering cost-effective, high-specification devices and internet access that offer excellent value to all.”

DataWind plans to deliver locally made devices in the US in the first or second quarter of the New Year.

"Although we're not ready at the current time to deliver an American-made product, we continue to work hard to set up production in the United States," DataWind CEO Suneet Singh Tuli is quoted as saying. "We expect to be able to deliver locally made devices in the first or second quarter of the New Year."

It's notable DataWind has already launched two of the three devices - UbiSlate 7ci, UbiSlate 7C - in India. The UbiSlate 7ci is a 7-inch tablet featuring 1GHz Cortex A8 processor, Android 4.0.3 OS, 4GB built-in storage, Wi-Fi support and mini-USB. It is available in India for Rs. 3,799.

Do you think DataWind will be able to repeat its success in the US and UK markets? Let us know in the comments section below: