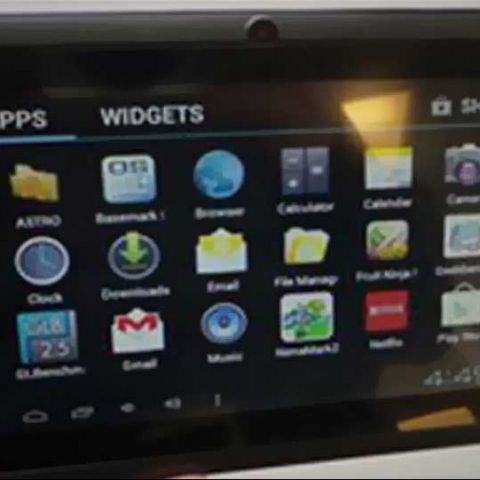 Union minister Kapil Sibal on Wednesday said that the price of the Aakash 2 tablet will be brought down to $35, about Rs. 1,900, when using more local manufacturing resources. The Aakash costs $49, Rs. 2,660 approximately, at the moment. The minister also said that the next version of the Aakash is also being planned, and will come with Skype, as well as other improved features.

"Aakash is a tablet which at the moment costs $49. It will come down to $35 very soon. It has all the amenities of any modern tablet. It performs the same function as a $150 tablet,” Sibal said at Reverse Buyer Seller Meet (RBSM).

"The capacitative ( touch) screen is imported at a cost of $22 or around $20. The manufacturing cost is $2. If you were to set up that manufacturing unit in India, the cost will come down automatically from $49 to $29,” he added, while explaining how the price drop works.

It's notable that the each unit of the Aakash cost the government about Rs. 2,263. The government is giving a 50 percent subsidy on the device (for students), subsequently bringing down the price of the slate to Rs. 1,130.

Sibal further said that the government is focussing on research and development (R&D) for manufacturing of electronics product in the country that are of high quality and affordable. "We are going to create an R&D fund in which the government will contribute. We are setting up fab so that (electronic) chip manufacturing can be done India," he concluded.

Sibal's remarks that the next tender includes manufacturing of the device in the country comes shortly after it was alleged that the Aakash 2 was a Made in China device. DataWind CEO Suneet Singh, however, said only motherboards were manufactured in China and the final assembly of the device happened in India. Read Aakash 2 being made in China a non-issue; so is the iPad

Hands on with the $20 Indian Android tablet
Aakash 2 well-received at the UN; can Indian govt deliver it to the public?
Aakash 2 being made in China a non-issue; so is the iPad