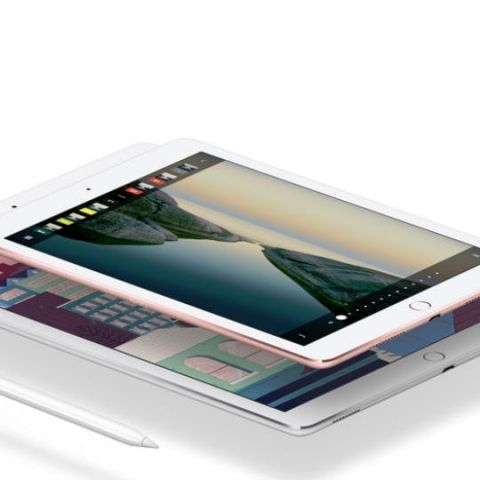 Apple unveiled the smaller, 9.7-inch iPad Pro alongside the 4-inch iPhone SE at its event yesterday. The tablet is powered by the A9X SoC and has a 9.7-inch True Tone display that adjusts the colour temperature of the screen according to lighting conditions. In addition, the new iPad Pro also comes with four speakers, which Apple claims to be twice as loud as the iPad Air 2. The smaller iPad Pro also comes with a 12MP rear camera, along with a dual-tone LED flash.