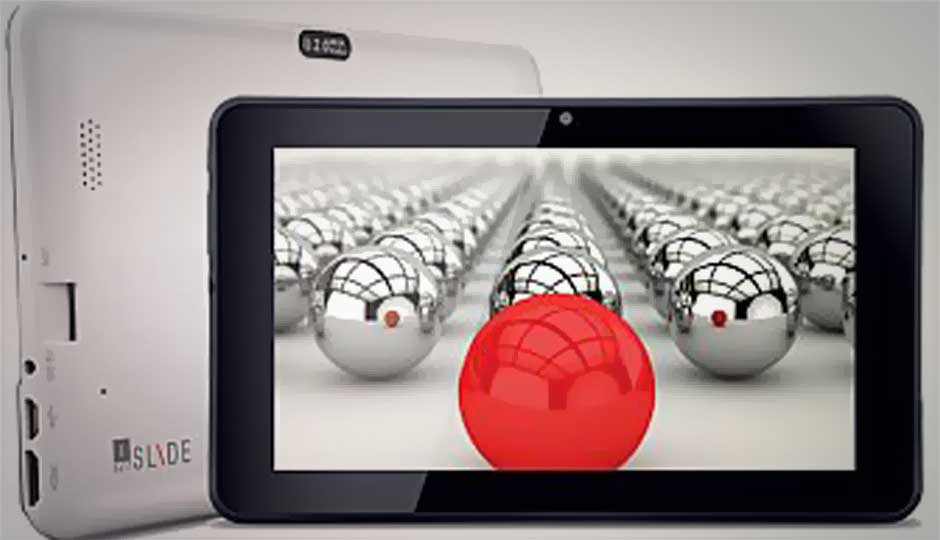 iBall has added yet another tablet to its slide portfolio. Called the iBall Slide 6309i, the tablet is priced at Rs. 5,199 making it an entry-level tablet. The tablet runs on the Android 4.1 Jelly Bean OS.

The iBall Slide 6309i shows off a 7-inch display with a 1024x600 pixel resolution, 1.2GHz ARM Cortex A9 processor along with 1GB of DDR3 RAM. The tablet also features a 2MP rear camera and a VGA front facing camera. It has 2GB built-in storage expandable up to 32GB via a microSD card. A 3000mAh battery powers the tablet. In terms of connectivity options, it has Wi-Fi, Bluetooth, micro-USB and HDMI port. The device also supports 3G connectivity via a USB dongle.

Last month iBall launched the Edu-Slide i-1017 tablet, aimed at students with educational content relevant from the 1st standard to the 12th standard. The tablet has eTeach, featuring the curriculum of CBSE and SSC courses. The iBall Edu-Slide i-1017 has been priced at Rs. 12,999, with the offer of some additional free educational content with a purchase before April 15.

If you are in the market to pick up an entry-level tablet, we suggest you also take a look at the Lava E-Tab Xtron, Micromax Funbook P250, HCL MeTab U2 and many more.