Google has unveiled the next gen 7-inch Nexus 7 tablet. We take a look at its specifications and see how it compares to other competing tablets. 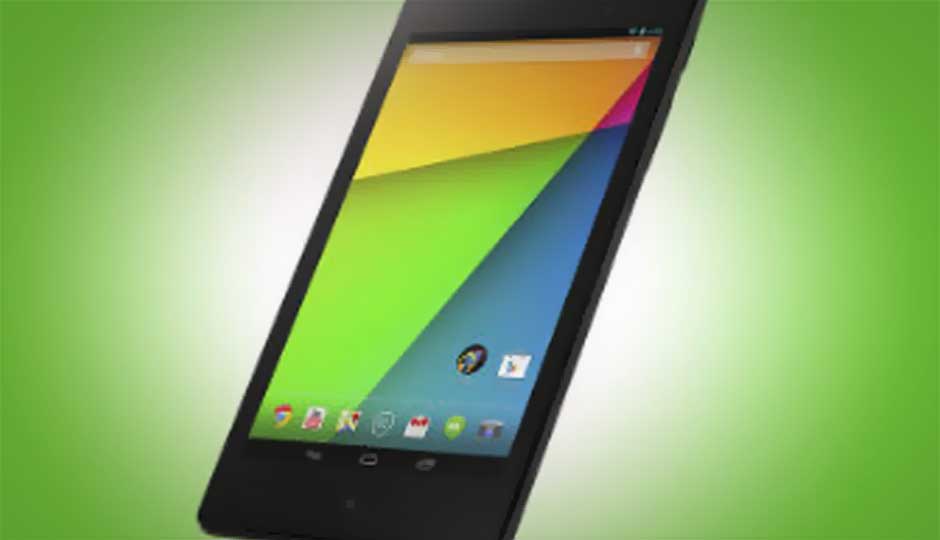 After a series of leaks and rumours, Google has finally unveiled the second-generation Nexus 7. The biggest difference that users will not notice is the fact that the new Nexus 7 is slimmer (by about 2mm) and lighter (by 50 grams) than its predecessor. The bezel surrounding the display too has been reduced.

The new Nexus 7 is still manufactured by Asus for Google and the improvements in specifications are quite impressive. To start with, the 7-inch display now has a 1920x1200 pixel resolution giving it a pixel density of 323ppi. The device comes in 16GB and 32GB storage variants but sadly there is no storage expansion option available. The Nexus 7 now has a 5MP rear facing camera and a 1.2MP front facing camera for hangouts.

Under the hood, the Nexus 7 has a Qualcomm Snapdragon S4 Pro quad-core 1.5 GHz Krait processor, coupled with Adreno 320 GPU and 2GB of RAM. The battery capacity of the tablet hasn’t been revealed but Google claims 9 hours of HD video playback and 10 hours of web browsing on the tablet. The new Nexus 7 runs on the latest Android 4.3 Jelly Bean straight out-of-the-box. If you are one who enjoys gaming on your tablet, then you are in luck as the device supports OpenGL ES 3.0.

Now that you have taken a look at the specifications of the new Nexus 7, here is a quick comparison to see how it stands when compared to other tablet available in the market today.

From the above table it is clear that the specifications of the Nexus 7 have been bumped up to an impressive level especially considering what the competition has to offer. With the high-resolution display, you will be able to watch full HD 1080p videos on the device. Not to mention the fact that stock Android 4.3 will have an advantage over the Android 4.2 OS on the other tablets. The lack of expandable storage is a bummer but that has been the Nexus way for quite some time. All that remains to be seen is when the tablet will launch in India and at what price. We would also like to put the tablet through its paces before delivering our final verdict.