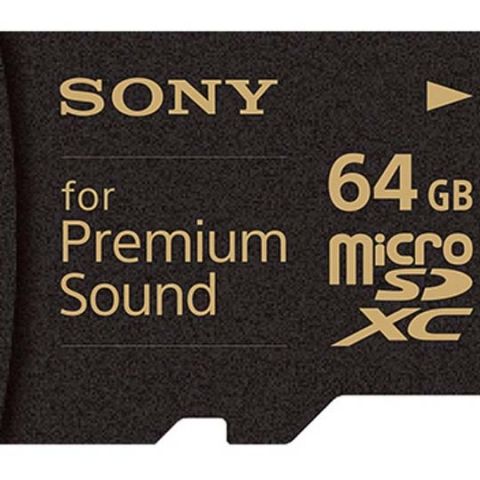 Sony has just announced a new microSDXC card with a 64GB capacity priced at $160 (Rs. 9,800), in a market where the average price of a Class 10 64GB microSDXC is slightly over Rs. 2,000. Now you would think that this new card would be super fast, but sadly it isn't. Strangely Sony has proclaimed the USP of the new card as made for ‘Premium Sound’.

Now if the card provides the same speed as most of the microSDXC cards out there, then how can it provide a better audio experience? Sony’s explanation here is that it gives less electrical noise when reading data which means a more crisp audio experience and lesser loss in quality.

Sounds logical, but how does it work? Well, even Sony has not mentioned as to how technically it works, and to add insult to injury, a Sony spokesperson has said “We aren’t that sure about the product’s potential demand, but we thought some among people who are committed to great sound quality would want it.” Confused much Sony?

Now why would one buy an overpriced memory card just because it is said to offer lesser electrical noise interferences without viable proof? Just a month ago Sony had announced a super expensive $1200 Walkman for music purists, which was again some absurd pricing from the company.