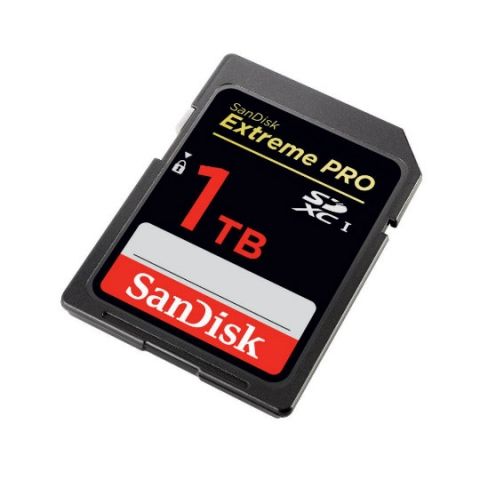 SanDisk has unveiled the world’s first 1TB SDXC card at Photokina 2016. Western Digital, the company that acquired SanDisk, notes that the new card was created keeping in mind the demand for high resolution content like 4K and 8K. However, the SDXC card is still in prototype stage, and hence, pricing and availability are not yet known.

Dinesh Bahal, Western Digital’s Vice President, Product Management stated, “Sixteen years ago we introduced the first SanDisk 64MB SD card and today we are enabling capacities of 1TB. Over the years our goal has remained the same; continue to innovate and set the pace for the imaging industry.” SanDisk also noted that during the same event in 2014, it unveiled a 512GB SanDisk Extreme PRO card. In two years, the company has managed to double the available storage in an SD card. It was launched in India at Rs. 51,990.

Having such a high capacity SDXC card should be good news for photographers and videographers who are tired of having to carry multiple cards. Hopefully, the technology will trickle down to microSD cards, and we may soon be able to carry smartphones that rival most present laptops in terms of storage.