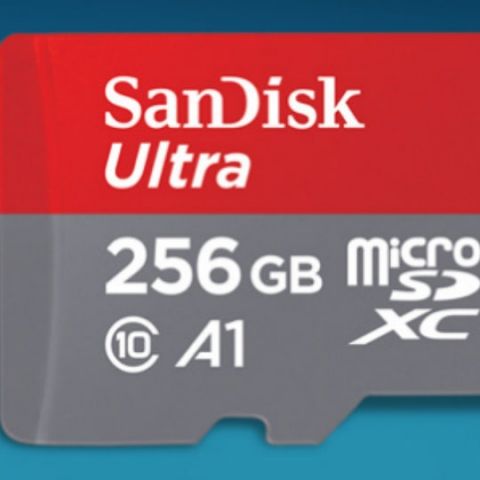 SanDisk has launched its new range of high capacity Extreme PRO and Extreme Go USB 3.1 flash drives in India. The company has also launched the world’s first microSD card that meets the Application Performance Class 1 (A1) requirements in the country. The 256GB SanDisk Ultra microSDXC USH-I card, Premium Edition is the world’s first microSD card to meed the A1 requirements that were set by the SD Association last year. These requirements are set for cards that are certified to run and store apps on a mobile device, and cards which meet or exceed the requirements will sport an ‘A1’ symbol.

Meanwhile, the SanDisk Extreme PRO USB 3.1 Solid State Drive is capable of read speeds of up to 420MB/s and write speeds of up to 380MB/s. The drives feature an aluminium casing as well as a retractable connector. The drives are available in 128GB and 256GB variants, and are priced at Rs. 8,490 and Rs. 13,990.

The SanDisk Extreme Go USB 3.1 flash drives offer read and write speeds of up to 200MB/s and 150MB/s respectively. It will be available in 64GB and 128GB variants, which are priced at Rs. 3,990 and Rs. 5,990. These drives will initially be available on Amazon and select retail outlets, and will be rolled out to other retail partners later.