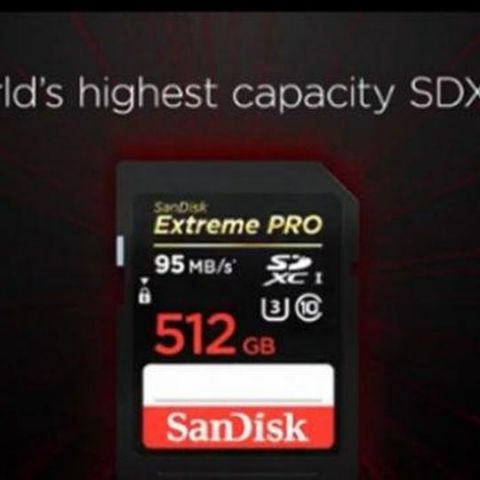 SanDisk has claimed that that the 512GB Extreme Pro SDXC UHS-I SDcard can deliver write speeds of up to 90MB/s and transfer speeds of up to 95MB/s. The card is tested to work in harsh conditions as a result of which they are temperature proof, water proof and shock proof. The Extreme Pro SDXC UHS-I card comes with support for RescuePRO Deluxe data recovery software (download required) for recovering accidentally deleted images and has a lifetime limited warranty. Read: SanDisk unveils world's first 4TB solid state drive (SSD)

Rajesh Gupta, Country Manager India, SanDisk Corporation stated at the event, "As an industry leader, SanDisk continues to push the boundaries of technology to provide customers with the innovative, reliable, high-performance solutions they have come to expect from us. The 512GB SanDisk Extreme PRO SDXC UHS-I card is a tremendous advancement that enables professionals to reliably store more content on a single card than ever before."