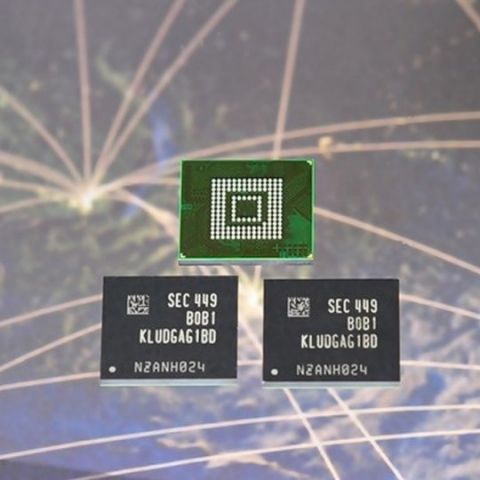 Samsung further explains: “UFS memory conducts 19,000 input/output operations per second (IOPS) for random reading, which is 2.7 times faster than the most common embedded memory for high-end smartphones today, the eMMC 5.0. It also delivers a sequential read and write performance boost up to SSD levels, in addition to a 50 percent decrease in energy consumption. In addition, the random read speed is 12 times faster than that of a typical high-speed memory card (which runs at 1,500 IOPS), and is expected to greatly improve system performance.”

"With our mass production of ultra-fast UFS memory of the industry's highest capacity, we are making a significant contribution to enable a more advanced mobile experience for consumers. In the future, we will increase the proportion of high-capacity memory solutions, in leading the continued growth of the premium memory market," adds Jee-ho Baek, senior vice president of memory marketing at Samsung.

Samsung's new memory will be available in 128GB, 64GB and 32GB versions, which is said to be two-fold the capacity of its current eMMC line-up.

Samsung hasn't confirmed which future phones will come with the new memory. But, speculations are rife the company bring the tech to its much-awaited Samsung Galaxy S6 smartphone, which is scheduled to be unveiled on March 1.