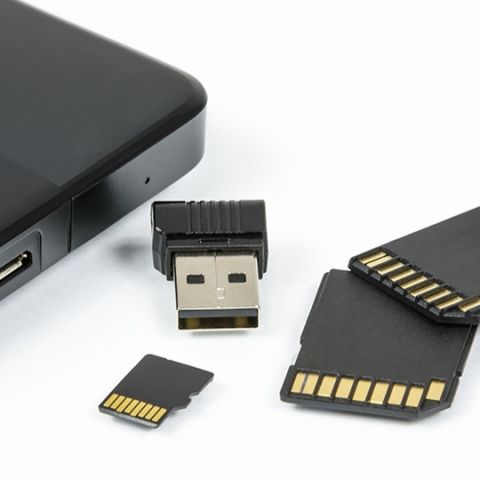 If you thought that your SD card wasn’t big enough to hold all your data, you’d be happy to know that the SD Association has announced a new card specification that would increase the maximum possible storage to 128 Terabytes. In order to facilitate the transfer of this much data, the speed specification has also been increased to 985MB/s.

Currently, SD cards can support a maximum of 1TB storage and while Sandisk has shown off a 1TB SD Card, a 2TB card has not yet been produced. Not to mention, Sandisk’s 512GB card originally cost $800, although it has come down to $300. The challenge for producing these high capacity cards is the cost factor, which isn’t reducing in the same way the demand for such cards is increasing. With the advent of 4K and VR based content, creators are now in need of cards that can store all the RAW data, which is multiple times larger than the files we finally end up consuming.

The new card standard will be called SD Ultra-Capacity (SDUC) and will use a new speed standard called SD Express. While the challenge of making this card “relatively” affordable is a huge hurdle, there’s also the potential challenge of compatibility. Cameras will not only need to support the added capacity, but also the superior transfer speeds, which may not be possible through a simple firmware update. What this means is that if the new cards were to manufactured, the cost of owning would involve not just the price tag of the card itself, but also of a new camera that supports the new capacity and speed.