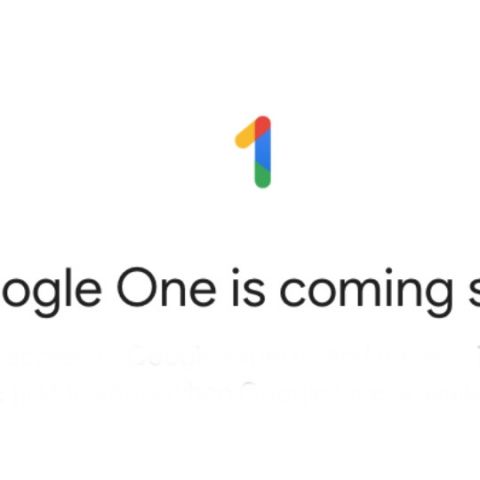 Google is bringing its cloud storage subscription service, Google One to India soon. The company announced the imminent launch of Google One through a blogpost saying that the service would become active in India over the next few weeks.

With Google One, users can get extra cloud storage across Drive, Gmail, and Photos at cheaper prices. “We've improved the price of some of our plans and added new plan options, ranging from 100GB to 30TB, you can choose the plan that’s right for you,” Google said in its post. Beyond the 15GB free cloud storage that Google already offers its users, if one wants to purchase additional cloud storage, Google One will offer more cost effective plans compared to the current prices. Google has not revealed India prices for Google One plans, but in the US, the company offers 100GB storage at $1.99 a month, 200GB at $2.99 per month and 2TB storage at $9.99 per month, and so on. Google One members can also share their cloud storage plan with up to five additional family members, who will also have access to all the benefits of the programme.

Additionally, Google One members will get access to a team of Google experts 24/7 to answer any questions related to file recovery, accidental deletion, and other general queries regarding Google’s products. Members are also eligible for other benefits such as deals on hotels listed in Google Search, Google Play Store credits and more.

Those who have already purchased Drive storage plans will be updated to Google One automatically over the next few weeks. “Look out for an email confirming your upgrade to Google One, where you can manage your storage plan and benefits. The way you use Drive to store and share files doesn’t change,” Google wrote in its post. Alternatively, users can also sign up for an update to know when Google One becomes available in India.