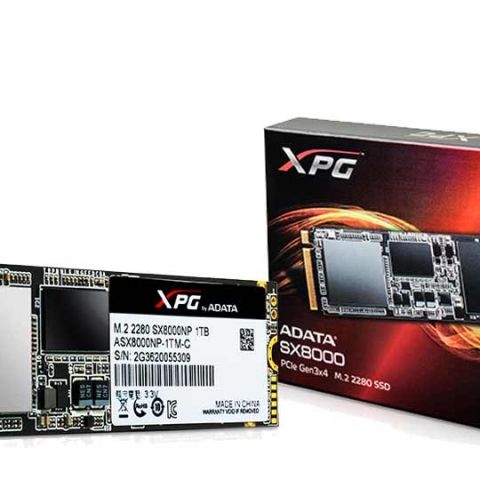 ADATA introduced today the XPG SX8000 SSDs that use an M.2 form factor along with 3D MLC NAND Flash. The SSDs are powered by an SMI 2260controller and meet the NVMe 1.2 specifications to connect directly to motherboards via PCI Express 3.0 x4 (PCIe 3x4) slots. This enables them to deliver them read and write speeds up to 2.4GB/s and 1GB/s respectively, along with 100K/140K IOPS. ADATA's SX8000 SSDs are available with 128GB, 256GB, 512GB, and 1TB capacities. ADATA also hinted towards an advanced version of the SSDs fitted with an attractive XPG heatsink will be releasing by the end of October, to add to the aesthetics for case modding enthusiasts. The SSDs are backed by a 5-year warranty too. 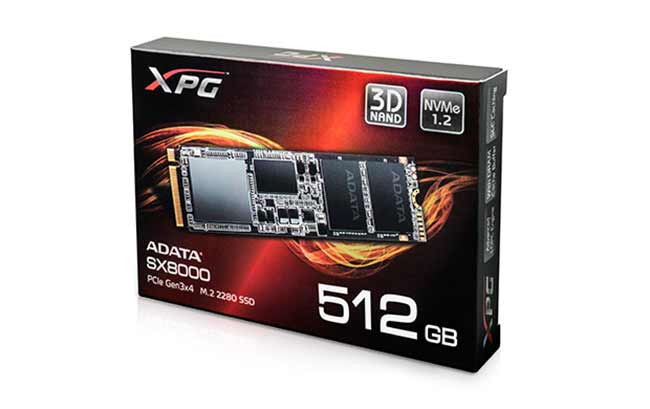 You can connect the XPG SX8000 SSDs to desktop and notebook PCs via the M.2 2280 and channels data through PCI Express 3.0 x4. The SX8000 is fully compatible with NVMe 1.2, reducing loading times within games that require heavy asset streaming and in professional applications such as graphics and audio rendering. 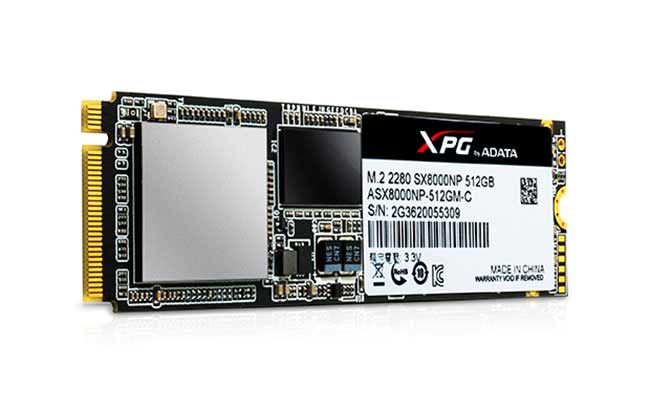