10 Indian tech startups are in the running for Qualcomm’s Design in India Challenge. Winners will be felicitated by Union Minister for Electronics & IT, Ravi Shankar Prasad. 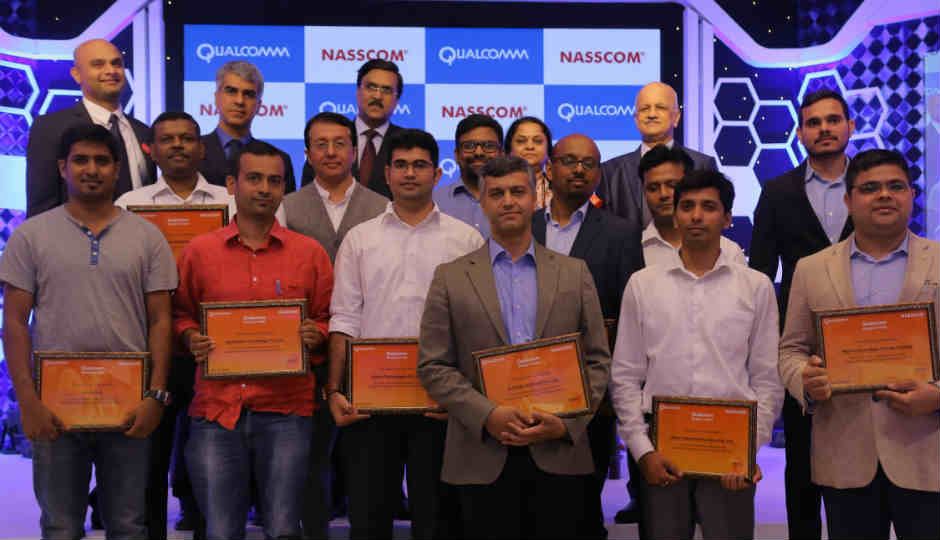 Chipset maker Qualcomm had announced its Design in India Challenge back in 2015, with entries from over 400 Indian tech and hardware startups. The challenge was to build hardware based on Qualcomm’s technologies in a bid to boost local manufacturing and innovation. After 10 finalists were shortlisted in April, 2016, the winners of the hardware competition will be announced at an event being held at New Delhi today.

The 10 finalists got a opportunity to dip into Qualcomm’s promise of $150 million investment in India’s startup ecosystem. Not only did each of the 10 startups walk away with an initial prize money of $10,000, but they will also enjoyed the privilege of being incubated by the chipset manufacturer at a fully equipped incubation laboratory based in Bengaluru. Within the facility, these aspirants were provided with tools and equipment to create their prototypes, in close contact with Qualcomm’s engineering team for technical support. Participants were also given a wide variety of development kits & reference designs to build upon.

The finalists comprised of a mixed bag of Indian hardware startups. For instance, a startup called Aarav Unmanned Systems is building an intelligent quad rotor drone, capable of executing autonomous flights without using GPS, but instead, using vision based navigation techniques. Another interesting startup called Carrot Technologies is building an IoT device that connects a car or a bike to a user’s phone and lets them monitor the safety of their vehicles. GRoboMac is a company that’s dedicated to automating farming tasks while Kiba by Lensbricks is the world’s first interactive self-editing video camera.

The winner announcement is expected by noon today and the event will be presided over by Union Minister for Electronics & IT, Ravi Shankar Prasad, along with Nasscom President R Chandrashekar. Winners will be awarded a coveted prize of $100,000 in funding. Watch out for the winner anouncements on our Twitter handle and Facebook page today.