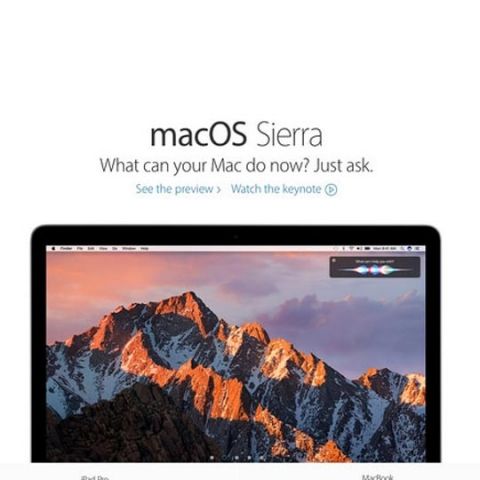 Taking a page out of Microsoft’s book, Apple has announced that the latest iteration of its macOS, Sierra, will be pushed as an automatic download. If automatic downloads is enabled on your Mac along with enough free space, you will be receiving the automatic update over the next week, although the time will be randomly chosen by Apple.

At first look, this might appear an aggressive move similar to what Microsoft did with Windows 10. But Apple keeps it slightly more low key, as the update is only downloaded but does not install without you accepting the installation on a prompt. And if your system begins to run out of space while the update is being downloaded, it is halted and file is deleted. While this approach is generally used to keep users up to date with the latest security features and bug fixes, it is intended to make the update process seamless and bring a large portion of users on to Apple’s latest operating system for the Macs.

What if I don't want it now?

If you do not want this update to be downloaded automatically, simply go to the Settings app on your Mac and click on the App Store. There, uncheck the option to download updates automatically. If and when you decide to actually get it, you can re-enable this option and wait for the popup, or you could head over to Apple’s Mac Store software service, where you should see this posted as a front page download. Keep in mind that Sierra will only work on the late 2009 iMac or MacBook models, the 2010 or newer MacBook Pro, MacBook Air, Mac mini, or Mac Pro. For a more detailed list of requirements, visit their upgrade page here.

A demo for Siri on macOS

The Sierra update most notably brings Siri to macOS, along with a number of other improvements like Optimized Storage, Universal Clipboard, and proximity unlock with the Apple Watch. It is designed to bring the macOS and the iOS platforms closer and will be a clear benefit to anyone who decides to update.