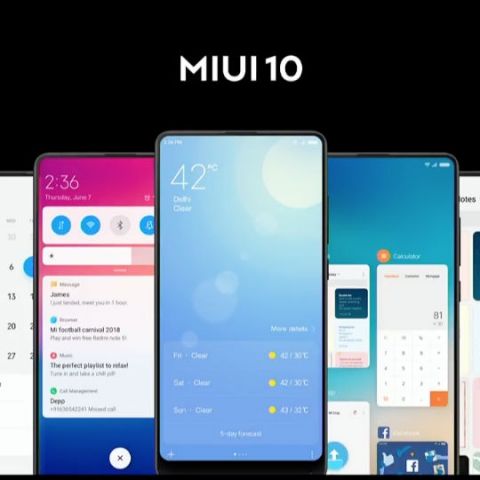 Last month, Xiaomi launched MIUI 10 that will to bring a lot of updates -- from UI interface to new camera capabilities. At that time the Chinese conglomerate listed a total of 15 phones that will get the update. It released the first Beta version to six popular devices Xiaomi Mi 6, Mi MIX 2, Redmi S2, Redmi Note 5 Pro/Redmi Note 5 and Mi MIX 2S. In a new development, Xiaomi has rolled out the MIUI 10 Global Beta 8.7.5 ROM to eight devices.

The phones that have got the latest beta are: Xiaomi Mi 6, Mi Mix 2, Redmi S2 (known as Redmi Y2 in India), Redmi Note 5 Pro/Redmi Note 5 (whyred), Mi Mix 2S, Mi 5, Mi Note 2 and Mi Mix. The company said that this is the first batch of devices for receiving the Global Beta.

MIUI 10 will bring design changes, including gestures, which perform the role of navigation keys on a smartphone. The “recent” screen has been refreshed and users will now be able to scroll down to get a stacked card view of their recently used apps. Xiaomi has also reworked icons, some audio aspects and added new notification tones.