Apple has added four new Animojis, personalised Anijomoji’s called Memojis as well as Group FaceTime that can support up to 32 participants at a time on iOS 12 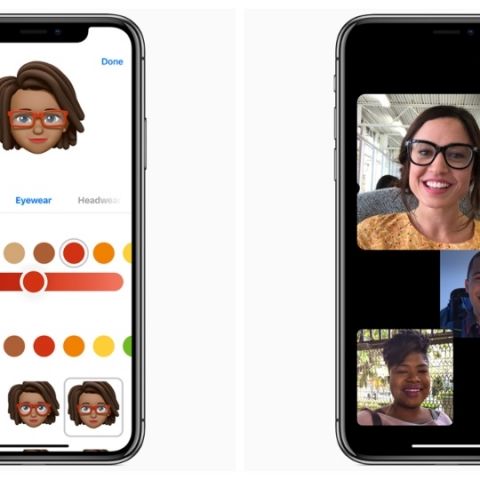 At its WWDC 2018 event, Apple doubled down on its Animoji feature by announcing a bunch of new ones that will be added with iOS 12. Besides that the company also announced personalised Animojis called Memojis. The company also unveiled new camera effects and filters. It also announced Group FaceTime, which also takes advantage of the new Memojis and allows up to 32 people to be a part of a conversation at a single time.

Apple announced that with iOS 12, users will be able to choose from four new Animojis, which include a ghost, koala, tiger and a T. Rex. These four would join the existing set of Animojis already available with iPhone X users. Memoji is what Apple is calling personalised Animojis. It’s similar to Samsung’s AR Emojis (which itself was similar to Animojis) and allows users to create a unique Animoji based on their looks and preferences and use that when texting. Further, Apple has also improved the detection capabilities in the Face ID camera to include winks and tongue. So now all Animojis and Memojis will be able to show a greater range of expressions.

Besides this, Apple has also added the ability to add filters like watercolour and comic book to photos and videos. Users can also add labels, shapes and captions and titles to highlight sections in an image. Stickers can be added through iMessage sticker packs.

Group FaceTime is a new feature that introduced with iOS 12. As mentioned before the feature allows for up to 32 people to be a part of the conversation at any given time. It will also detect which users is currently speaking and highlights them. Participants can be added at any time. Users also have the option to join a conversation later, if it is still active. Users can be a part of the conversation via video or audio from an iPhone, iPad or a Mac. There’s also an option to participate via an Apple Watch through FaceTime Audio.

iOS 12 also brings with its a number of other additions and improvements, especially when it comes to performance. The company also unveiled a new version of its Augmented Reality platform called ARKit 2. It now comes with slew of new features like shared experiences, persistent AR and more. Other annoucnements at WWDC 2018 includes tvOS 12, WatchOS 5, improvements to Siri and more.