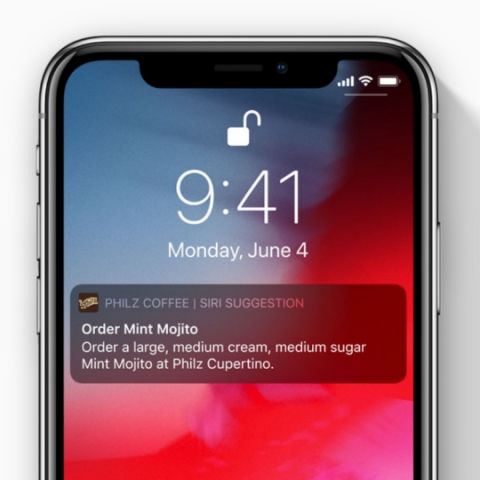 Apple has announced update to its Photos app that will let users search photos more accurately and share them easily. It also launched Siri Shortcuts for users to manage daily tasks.

Apple has announced updates to its Photos app that will let users search, access and share pictures easily by using Machine Learning (ML) capabilities on the iPhone. The update comes with the introduction of iOS 12 that was announced at Apple’s annual Worldwide Developer’s Conference (WWDC) in San Jose, California. Google Photos already has a similar feature that uses the Artificial Intelligence (AI) and ML to search and club photos.

“Over a trillion photos are captured on the iPhone each year,” Craig Federighi, Apple's Senior Vice President of Software Engineering, told the gathering, adding that the update will now improve the discovery of photos when users search for objects or categories, such as cars, dogs, beach and hiking.

“Search suggestions surface the most relevant events, people, places, groups, categories and recent searches, and new search functionality lets users combine multiple search terms to find just the right photos,” the company said. The iPhone maker is using in the Photos app, the concept of “For You” that it used an Apple Music. “For You” will show users’ old albums, memories and photos that they took “on this day”.

“An all-new ‘For You’ tab surfaces favourite moments in one place, combining Memories and iCloud Shared Albums,” Apple said in a statement. A new sharing suggestions feature makes it easier to share photos with friends and friends who receive photos are prompted to share back any photos and videos they have from the same trip or event.

As for Siri, Apple has introduced Shortcuts with which users can manage their day by adding shortcuts or commands to assist them with daily tasks, including ordering a coffee, texting the partner about ETA to home and play radio during the journey back home.

Users can customise Shortcuts by creating a simple voice command to kick off the task or download the new Shortcuts app to create a series of actions from different apps that can be carried out with a simple tap or customised voice command, Apple said.

Apple is also adding shortcuts on the lock screen. So if a user is running late for a meeting, he or she will get a suggestion to send a text to the other person or the host. The company said that it will open up shortcuts to third-party developers to set up Shortcuts. Developers will be able include an “Add to Siri” button in their apps.