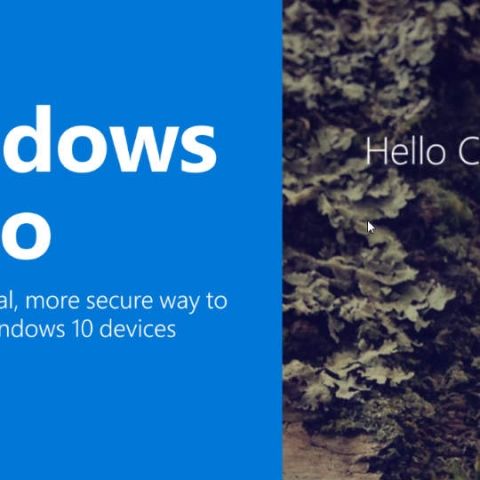 When Microsoft released Windows 10 last month, it came with a lot of new features, including Windows Hello. It is a new security feature added by Microsoft which lets you set-up biometric signing-in options like fingerprint scanning, facial recognition, etc. to prevent any unauthorized access. Facial recognition, which requires you to look into the camera attached to your system to log-in, is one of the coolest Windows 10 features. But, have you ever thought what would happen if you have an identical twin and he looks into the camera? Will Windows Hello be hoodwinked with similar facial structure? A recent test showed just that.

An online publication, The Australian, tested the facial recognition feature of Windows Hello in Windows 10 for identical twins. They did a simple experiment in Melbourne and Sydney with the help of six pairs of identical twins and asked one from each of them to register on the Windows 10 PC using the facial recognition security lock. After this, the other twin from each set was asked to look into the camera and try to sign-in. Interestingly, Windows Hello identified them and denied access to the PC.

According to The Australian, the twins tried different variations like rearranging hair to trick Windows Hello, but couldn’t succeed. In the solitary case of Isabelle and Natalie Brown (11 years old), the recognition system didn’t allow any of them to log-in. Besides this, the online publication said there were instances when Windows Hello took time to identify but it never allowed any wrong access, a good achievement for Microsoft.

Although the test was done with a small sample size, and results might vary for a larger survey of twins, it seems like we can be assured that chances of tricking Windows Hello's facial recognition are fairly low. As claimed by Microsoft about Windows 10's improved security features, the chances of allowing someone else to sign-in to Windows 10 PC are even less than 1 in 100,000.