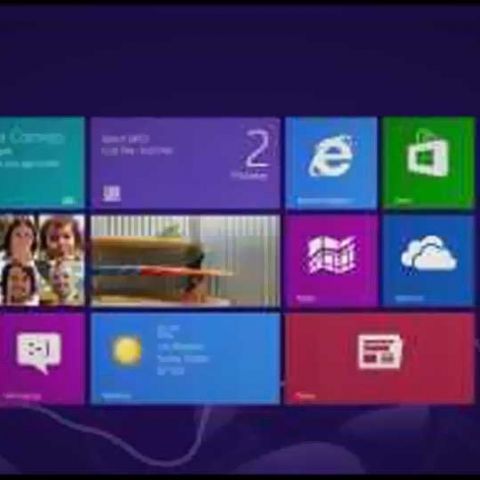 Finally, the wait is over. Microsoft has announced the availability of its latest Windows 8 OS for users in India and around the world. Starting today, users can access the latest Microsoft OS on a wide range of Windows 8 PCs, ultrabooks, tablets and hybrid devices. Windows 8 will be available in two versions at retail - Windows 8 and Windows 8 Pro.

Apart from buying from the new range of Windows 8 devices, users can also upgrade their current PCs to Windows 8. From 2nd June 2012 until 31st January 2013, users currently running PCs with Windows XP, Windows Vista or Windows 7 are qualified to download Windows 8 Pro for an estimated price of Rs. 1,999. Those who wish to buy a DVD to upgrade will have to pay Rs. 3,499. This offer is valid until January 31, 2013. After that the OS is expected to be priced above Rs. 11,000.

Any Windows 7 PCs purchased between June 2, 2012, and January 31, 2013, are also eligible to get a Windows 8 Pro update for an estimated price of Rs. 699 with the Windows Upgrade Offer, available at www.windowsupgradeoffer.com.

For business users, Microsoft is offering 'Windows 8 Enterprise', which features Windows To Go, DirectAccess, and BranchCache, as well as new security with features including BitLocker and AppLocker.

Microsoft has also announced the launch of Windows RT for ARM based tablets, which will only be available pre-installed on new devices. With the Windows 8 launch, the Windows Store is now open for consumers to download apps. Indian users have access to a range of free and paid apps that can be downloaded including Bharat Matrimony, BigFlix, BookMyShow, Bookyourtable, Burrp, Dhingana, Fastrack Tees, Flyte MP3, Gaana, Goibibo, ICICI Bank iMobile, ICICIDirect, JustEat, MakeMyTrip Explore, MapmyIndia, my airtel, PVR Cinemas, Tarla Dalal, Yahoo Cricket and Zovi.

As many as 14 OEM partners including Acer, Asus, Dell, Fujitsu, HCL, Hewlett-Packard (HP), Lenovo, RP Infosystems, Sai Info System, Samsung, Sony, Toshiba, Wipro and Zenith Computers will be providing Windows 8-based PCs and tablets in India. According to Microsoft, more than 250 Windows 8-based devices, including 23 brand new SKUs of Windows 8 PCs, will be available in 100 cities and more than 2,500 retail stores in India.