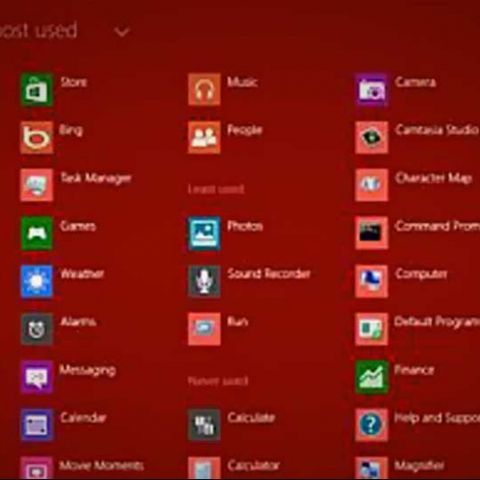 A video of the leaked build of Windows 8.1 has been airlifted and dropped on to the World Wide Web. This time around, a host of new features and tweaks to the OS are being showed off. Much to the disappointment of the rumour mongers, no start button is returning with Windows 8.1, or at least that is what the video indicates.

The tweaks Windows 8.1 supposedly brings include better SkyDrive integration, a new apps list and tweaks to searching on the start screen. Other changes include a new option to connect to a wireless display, new touchpad options in settings, detailed Ease of Access settings, and a 'Save Files to SkyDrive by default' setting for the documents.

Finally, we see better SkyDrive integration within the operating system, the lack of which had us fairly flummoxed till now. It appears that Windows 8.1 will add a Files app that will let you access all files on the local storage as well as on SkyDrive. Surely, this will make uploading and syncing a lot smoother.

The new apps list can now be accessed by a new button that sits on the bottom left of the start screen. Windows 8 had received fair criticism for how apps were allowed to be searched, and why all apps didn’t show in the apps list. This will hopefully solve that problem in Windows 8.1. Apps can now be listed in the most used, date installed or alphabetical order.

Sync has now added more options that can be backed up for your account online – start screen layout, browser settings, mouse/touchpad settings and even file explorer settings.

We must specify that Windows Blue, a.k.a. Windows 8.1 is still under development, and any and all features you see here are bound to still get tweaks. This is by no means what the final OS update may look like. But then again, who doesn’t like a good rumour to start the day?