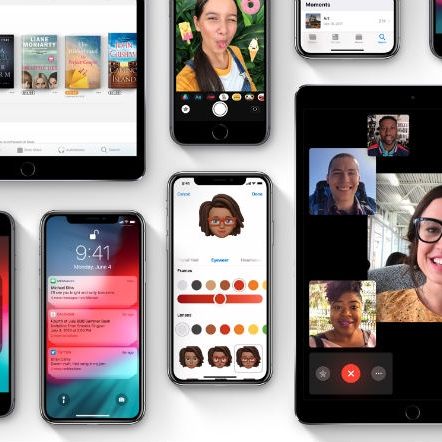 At World Wide Developers Conference (WWDC) earlier this month, Apple introduced iOS 12 and announced that the new OS was all about performance. Company’s Senior VP of Software Engineering, Craig Federighi also said on-stage that the beta version of the iOS 12 will soon be launched for testers so that they can help the Cupertino-based giant make the next release of the iOS the best that Apple has to offer. Well the time has come for the people to test-drive the pre-release version of the software which is now available for download.

Apple claimed that the new OS will be smoother to use and it will be rolling out iOS 12 to devices ranging all the way back to iPhone 5s which launched in 2013. As for the support on older devices, it is advisable to upgrade these devices some time after the new OS eventually rolls out in September. To reiterate, this roll out is just a beta and Apple is expected to tweak the final OS version after considering the changes recommended by the testers.

With the release of the beta version, testers can now turn themselves into animated cartoons with animoji (only for iPhone X), see their notifications bundled together in the morning as they wake up and test the Augmented Reality capabilities with ARKit 2, among other features.

At an event in Apple headquarters in San Jose on June 4, Apple announced iOS 12 along with macOS Mojave and tvOS 12. The company claimed that the new iOS will enable 40 percent faster app launches, 50 percent quicker Keyboard pop-up and 70 percent faster camera boot-up. Another addition for boosting performance is instantaneous ‘ramp-up and ramp-down’ of the device’s performance.

As for Facetime, iOS 12 supports video and audio with up to 32 people at once. The tile of the person speaking will get larger automatically to help users keep track of who is speaking. Also, you can search and share you photos with an updated Artificial Intelligence (AI)-powered Photos app. Virtual assistant Siri will have more power to help you with your daily chores. However, all the features will not work with Siri in the beta version and you will have to wait for the final version is which will be launched along with the new devices this fall.