Realme UI 4.0 India launch date has been scheduled for December 8: Here are its top features

The Realme 10 Pro series is right around the block and it will be coming with Realme UI 4.0. Both the phone line as well as the software version is already out in the Chinese market. Today, the brand’s chief Mr Madhav Sheth revealed that we will be getting the new Android 13-based Realme UI update with the Realme 10 Pro smartphones out of the box. He has classified Realme UI 4.0 improvements in 4 key areas viz. design, interaction, fluidity, and security.

One of the new and noticeable UI elements would be Realme UI 4.0’s card-style layout, which arranges information across the interface in customizable ‘cards’.

Always-on-display on Realme UI 4.0 gets interactive music player controls which means you don’t have to unlock the phone lock screen to adjust the playback.

You can even personalize the AOD with your expression-based Bitmoji emojis.

So, that pretty much addresses the design and interaction aspects of Realme UI 4.0.

Now when we speak of fluidity, you get Dynamic Computing Engine for optimum resource allocation, Quantum Animation Engine 4.0 for a smoother UI, and the brand claims a 10% boost in performance whilst offering a 4.7% gain in terms of power efficiency. 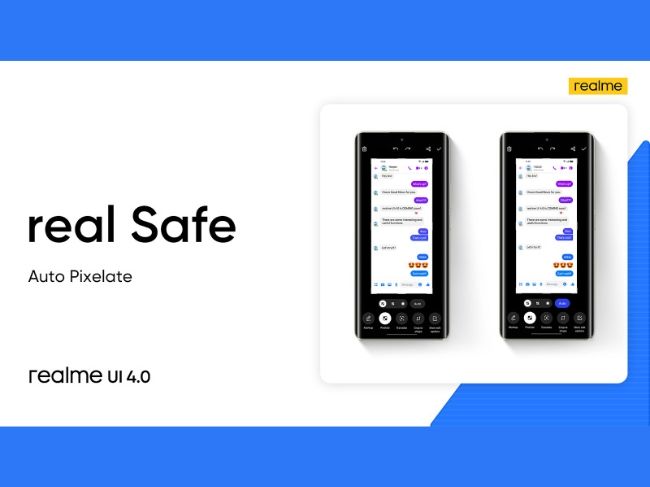 Lastly, for security, you have a Private Safe equipped with the Advanced Encryption Standard (AES).

There are many more small yet ‘could-be-useful’ features sprinkled throughout the new Realme software. We’ll get to know them on December 8, which is when both the software and the phones carrying them will launch. So, stay tuned.