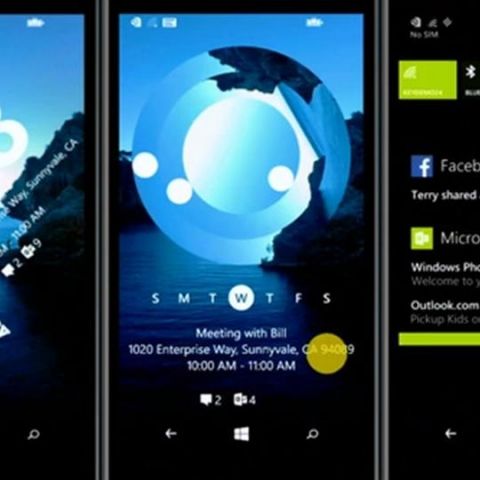 Microsoft has pulled the plug on Windows Phone 8.1 support, bringing an end to the Windows Phone era. The end of Windows Phone also marks Microsoft's move towards Windows 10 Mobile despite the lack of new hardware in the past year.

Microsoft introduced Windows Phone 8.1 almost three years back as an update to any smartphone running Windows Phone 8. The operating system brought several new features including digital assistant Cortana and was widely considered as Microsoft's best bet to compete with iOS and Android. However, the Redmond-based software giant has evidently failed to compete against Apple's iOS and Google's Android, which control nearly 99.6 percent of smartphones right now.

According to AdDuplex, only 20 percent of all Windows Phones are running the latest Windows 10 Mobile, while nearly 80 percent devices are still stuck with Windows Phone 7, Windows Phone 8, or Windows Phone 8.1. Microsoft continues to support Windows 10 Mobile and has been actively rolling out new preview versions for Windows Insiders. Since Satya Nadella took over as CEO, Microsoft has changed its smartphone approach by adopting a multi-device strategy. The company has almost accepted its defeat and has opened up its core apps to competing platforms. While Microsoft has managed to attract mobile users with Office and other productivity apps, the company is yet to detail the future of Windows on mobile.

Microsoft or its partners have not unveiled any new devices in the recent past, and plans for a Surface-branded smartphone don't seem to be coming together either. With the end of support for Windows Phone 8.1, Microsoft is eliminating a lot of users, but it also shows that the future is all about a unified operating system under the Windows 10 umbrella.