Microsoft plans to unveil Windows 8.1 by October, may also come up with an 8-inch surface by May 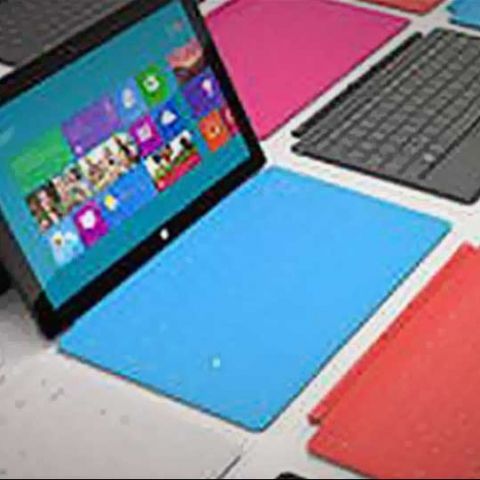 DigiTimes claims to have information indicating that Microsoft's Windows 8.1 update will be releasing in October 2013.

Sources from ODMs announced that notebooks featuring the Windows 8.1 update (codenamed Windows Blue) are geared up to start volume production by mid- September with the official launch happening late October. However, some sources believe that Windows 8.1 won't be able to generate sales as current users can take advantage of third party apps like Start8 to tweak the interface and features. The upgrade would be free of cost for current Windows 8 customers.

Some industry experts are of the opinion that Microsoft will need to cut down on Windows 8 licensing so as to have a positive effect on the consumer market this fall. Microsoft is already offering licensing subsidies for products that have display sizes ranging from 11.6-inches and below.

The launch of Windows 8.1 in October seems to be in tandem with Microsoft's former release schedule with Windows 8. They launched a Consumer Preview on February 29 followed by a Release Preview on May 31, and finally the full retail version on October 26. Microsoft plans to schedule a launch of the Release Preview for Windows 8.1 next month during BUILD 2013, where unconfirmed reports also point to the unveiling of an 8-inch Surface tablet.

DigiTimes reports via sources that supply chain makers in Taiwan claim to be launching an 8-inch Surface RT tablet in June that will be followed by a 10.x-inch model in the third quarter of this calender year. The 8-inch model will reportedly feature a Nvidia SoC - presumably the Tegra 4 - and a touch panel supplied by Samsung.

There is still no confirmation of the details about the 10.x-inch tablet, but sources claim that it will be slightly smaller than the current 10.6-inch tablet. Microsoft anticipates that the initial monthly shipments of the two new devices to reach a million units according to sources.