The classic Start Menu will make a return in the upcoming update. 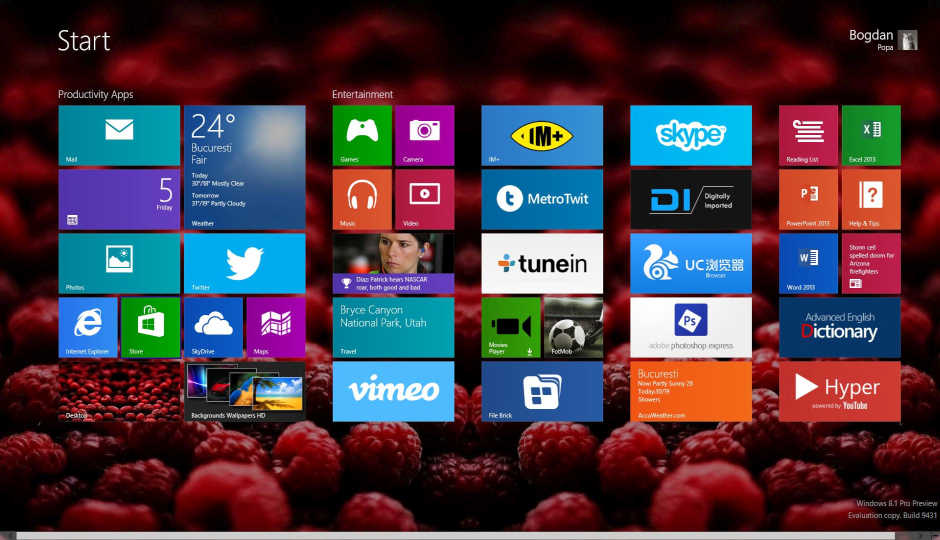 Microsoft has announced some new details about the latest Windows 8.1 Update 1. The new update will bring in some significant changes to the UI apart from the regular performance and security patches. It will be released for Windows 8 users for free on April 8. The software giant announced the new changes at its annual Microsoft Build 2014 Conference. One of the most anticipated changes includes the return of the classic Start Button. Here are all the changes that Microsoft unveiled at the Build Conference:

Apart from these UI changes, Microsoft says that the Update 1 will drop the minimum system requirements to 1GB of RAM and 16GB of storage. This will enable the latest Windows to run on low-end PCs.