Microsoft to bring back Start Menu in Windows 8.1 by August: Reports

It seems Microsoft has finally given in to users' demands for the Start Menu. Reports suggest the feature will be launched as part of the next update in August or September. 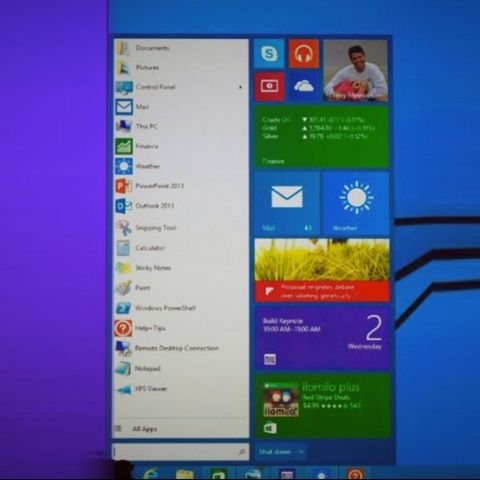 Soon after launching the Windows 8.1 update 1, Microsoft is reportedly working on another update, which is expected to be available by August this year. The next round of update will bring most sought after features including the Start Menu.

It's notable Microsoft had added the Start button in the first update. The Start Menu is expected to be similar to the one in Windows 7. However, it will also have some features of live tiles on the side.

The next update will also feature ability to run Windows 8 modern style apps within windows on the desktop side. This will allow the apps to run in the side and not have consume full screen space. According to other rumours, Microsoft is also planning to launch a cloud-based version of Windows 8.1. The version would be similar to Google's Chrome OS model and Microsoft's Office 365 strategy.