Microsoft Build 2018: Here are all the new features Windows 10 is getting soon

Windows may have bowed out of the mobile OS race, but its features are now showing up everywhere. Microsoft's upcoming Windows 10 update will bring Android and iOS devices closer to PCs. 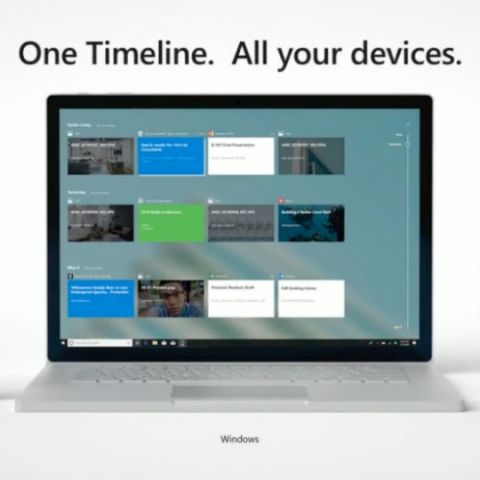 Over the two days of the Microsoft Build Conference 2018 in Seattle, it became clear that Microsoft’s focus has shifted from Windows to AI and Cloud. Intelligent Edge and Intelligent Cloud was heard more times from the mouths of Microsoft executives than ever, but Windows remain at the heart of Microsoft’s business. “We are the Windows company, after all,” Microsoft CEO Satya Nadella told The Verge. But ever since the Redmond-based company bowed out of the mobile OS race, Windows has worked hard to be accessible from every platform — be it Android or iOS. And this year at Build, Nadella made an even bigger push to make Windows more compatible with other platforms. Here’s a look at everything new that’s coming to Windows 10 —

1. Your Phone app for iOS

Smartphones are useful, but they’re also a distraction when you’re hard at work. To keep users from checking their phones while they’re working on their Windows PC, Microsoft announced the Your Phone app that will allow users to mirror an iPhone straight to a desktop PC. It will let users access texts, photos, notifications and more from their PCs. The app will be made available to Windows Insider members this week and based on feedback, Microsoft will tune it further. The final version is expected to come out with the next major update to Windows 10, some time later this year.

While the Your Phone app for iOS is new, Microsoft already had something similar for Android users. Microsoft Launcher, which works as an independent launcher app on Android devices not only offers a streamlined interface focused on productivity, it could also allow users to pick up things right where they left off from their PCs. Now, enterprise users too can take advantage of the feature. Furthermore, the Microsoft Launcher will integrate Android devices into the new Timeline feature that launched with the April 2018 update earlier this month.

Timeline was introduced with the April 2018 update a few weeks back and it offers a whole new way of resuming past activities on the PC. Now, the Timeline will support Android and iOS devices as well, allowing users to resume activities on their PCs that they started on their smartphones and other device. The Timeline feature will be built into the Microsoft Edge browser for iOS and the Microsoft Launcher for Android.

Tabbed browsing will break the shackles of the internet browser and come to files, folders and apps. Pressing Alt+Tab will bring up a new tabbed browsing experience. Tabs can be grouped into Sets and accessed via the alt+tab interface. You can find recently accessed files and folders as well as webpages from Microsoft Edge. Microsoft hasn’t promised when Sets will roll out to users, but it will be available to Windows Insiders builders first.

5. Cortana and Alexa to work together

Microsoft’s Cortana will now work in tandem with Amazon’s Alexa. Microsoft demonstrated the coming together on stage and it was clear you could invoke Alexa by asking Cortana and control all your smart appliances and simultaneously command Alexa to ask Cortana to send an email. The feature will roll out to users sometime later this year. We are awaiting more details on what devices will be compatible with the union.

6. Microsoft will offer more money to devs to make apps for Windows

The usual practice for apps stores has been to take a 30 percent cut from the revenue generated by apps on their stores. Microsoft is changing that in a big way by only taking a 5 percent cut for non-game apps and letting the rest of the 95 per cent revenue to go to developers. It’s a push for more devs to make apps for the Microsoft Store.