Mac lovers rejoice. Apple's latest OS, 10.8 Mountain Lion is now available for download. Users can get it from the Mac App Store for $19.99 (Rs. 1,120 approx.). If you have purchased your Mac in the past few weeks, then the OS update will be free for you. 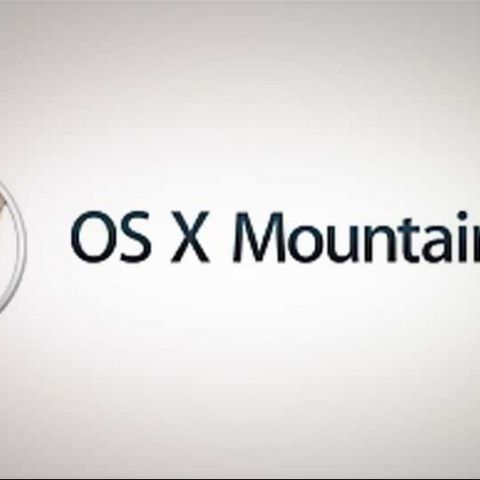 Mac lovers rejoice. Apple’s latest OS, 10.8 Mountain Lion is now available for download. Users can get it from the Mac App Store for $19.99 (Rs. 1,120 approx.). If you have purchased your Mac in the past few weeks, then the OS update will be free for you.

The new OS boasts of a number of new features that will help integrate the desktop OS and Apple's mobile OS, iOS in a more seamless manner. Some features of iOS that will make an appearance on Mountain Lion are notifications, iCloud integration and reminders to name a few.

Some other noteworthy features of the new OS are, PowerNap, Dictation and Game Center.

If you are interested in taking a closer look at the features of Apple’s new desktop OS, you can check them out here.

Not all is great for the big Apple though. SophosLabs has discovered a Trojan hidden inside a multi-platform Java attack designed to hit both Windows and OS X users. The Trojan hit just hours before the release of Mountain Lion. The new malware requires Mac users to protect their computers with anti-virus software.

Sophos researchers have discovered that the new Morcut Mac OS X malware, also known as "Crisis", has been distributed as part of a multi-platform attack. The malware is embedded in an archive file, which pretends to be Adobe Flash Player (funny, since Apple doesn't support flash on its portable devices).

Graham Cluley, Senior Security Consultant, Sophos said, “Analysis of this malware is ongoing, but Mac users are protected right now if they are running a good, up-to-date anti-virus. The good news is that this threat has not been seen in the wild so far, but we are seeing increasing evidence of cybercriminals exploiting the fact that many Mac users have still not got the message that they need to protect their computers. There is much less malware for Macs than there is for Windows, but that doesn't mean its non-existent. If Mac users are too laid-back about security and leave their bellies exposed, they're asking for trouble.”

Apple is not the only company unleashing a new OS on consumers. Microsoft is scheduled to launch Windows 8 in October this year.

If you are one who is torn between Windows 8 and Mountain Lion, you can take a look at the comparison between the two OSes here.

The biggest difference between the two giants is that Windows 8 is a desktop OS that works well with a touchscreen as well as a keyboard and mouse, whereas though Apple has spurned touchscreens on its laptops, its fantastic multi-touch trackpads can use gesture for a variety of functions.