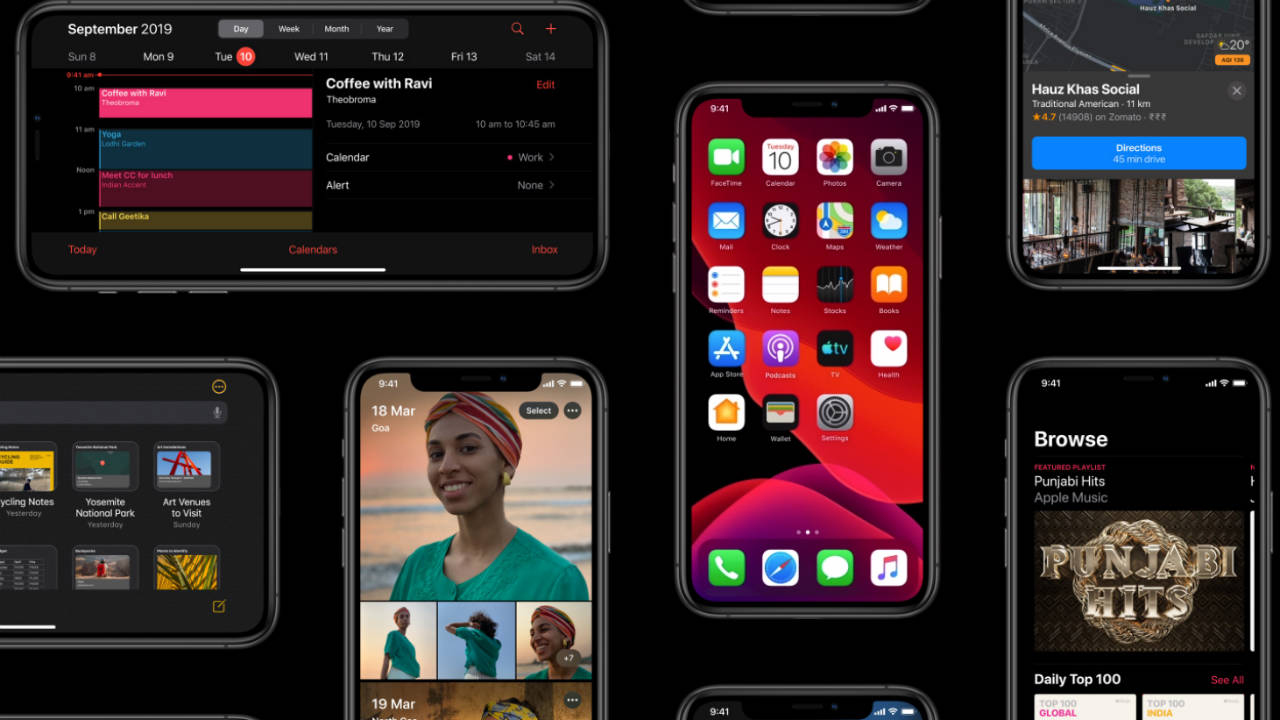 Apple is now rolling out its latest iOS 13 update for iPhones, which adds a slew of new features for all eligible devices. iOS 13 adds a system-wide Dark Mode for the handsets, which should make the bright iOS interface a bit easier on the eyes. In addition, once dark mode is enabled, all the native apps boot up in dark mode and via an API, third-party developers can also implement Dark Mode in their apps. There are many other features as well that iOS 13 adds such as performance upgrades, a new photos tab, camera updates, privacy enhancements and more.

The list of devices that will be receiving the iOS 13 update includes iPhone 6s and above, along with 7th generation iPod touch, iPhone SE and more. To upgrade to the new version, simply plug in your iPhone for charging and connect it to a Wi-Fi. Navigate to the General tab in your device’s Settings and select Software Update to commence the process. After checking for an update, the iPhone will automatically download and install the update. Your device will reboot after the installation, which is nothing out of the ordinary. You can read 10 features of iOS 13 here.

While the iOS 13 update is out now for iPhones, Apple will also soon release the iOS 13.1 and iPadOS update. In fact, the company has confirmed to The Verge that it will be releasing the new iOS patch and the iPadOS update six days ahead of schedule, on September 24. iOS 13.1 will bring some of the updates that are not included in iOS 13 like the ability to share ETA on Apple Maps, Siri Shortcut actions and more. In addition, we can expect some bug fixes for the now available iOS 13 update.

As for iPadOS, it is a new operating system that Apple has developed for its iPads. The company is breaking away from using iOS on its tablets and with iPadOS, it says it will focus more on bringing a desktop like experience on iPads.