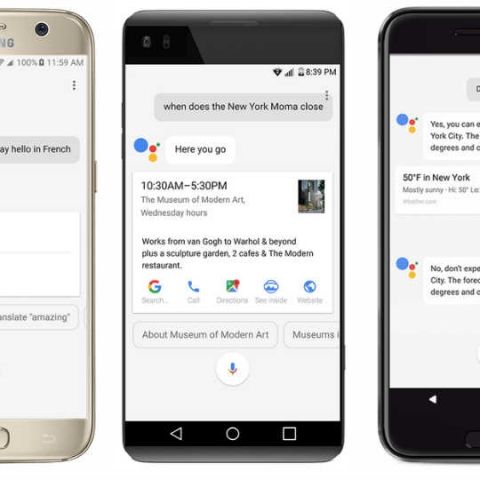 Google is finally bringing the 'Google Assistant' to non-Google phones running Android Marshmallow and above. Google Assistant was first introduced as an exclusive AI assistant for Google Pixel smartphones, Google Home wireless speaker and Android Wear 2.0 wearables. With the new announcement, Google is steadily expanding its footprint in the AI assistant market.

Google Assistant is the search giant's answer to Amazon's Alexa, Apple's Siri and Microsoft's Cortana. With Assistant, Google has adopted conversational UI, a big move from Google Now's card-based UI. With Assistant, users can get more things done with their voice and even control smart home appliances.

At MWC last evening, Google announced a partnership with LG, Nokia and Motorola to bring the Google Assistant to their new devices. LG G6 thus became the first non-Google smartphone to officially come with Google Assistant out of the box.

For connected smart appliance makers, AI is considered as the next big platform. Amazon is already pushing hard into this segment with its Alexa being offered as a platform for third party OEMs to integrate on their devices. With Assistant now coming to more Android smartphones, Google is entering into a larger pool and will help feed more data to its machine learning algorithm.