Android 7.1.1 Nougat is rolling out now 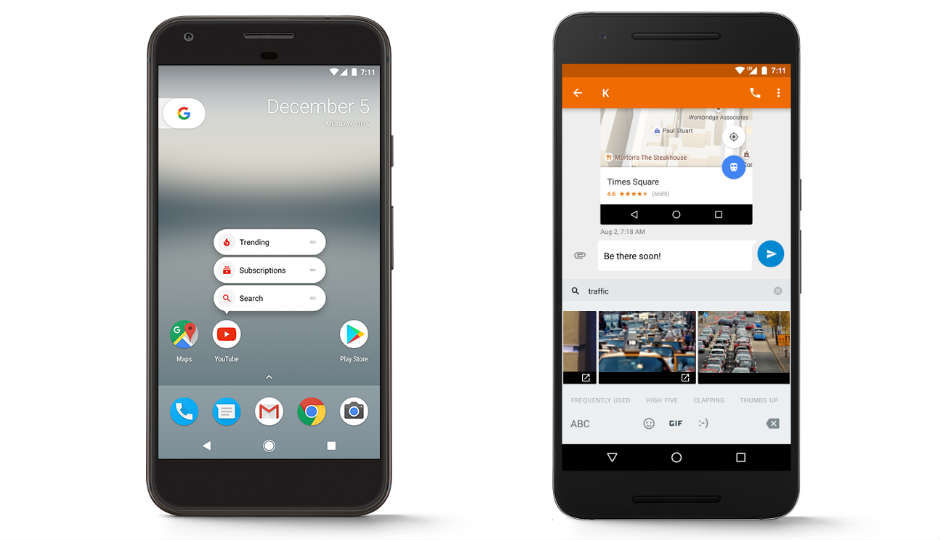 Android 7.1.1 Nougat is rolling out now

Android 7.1.1, the latest software from search giant Google is finally being rolled to other devices. The update brings some of the excellent features included with Google's Pixel and Pixel XL smartphone. The initial list of devices getting the update include Nexus 6P, Nexus 5X, Nexus 6, Nexus 9, Nexus Player, Pixel C and Android One-based General Mobile 4G.

With Android 7.1.1, the older Nexus devices get the taste of features that were once exclusive to Pixel and Pixel XL smartphones. The update offers support for broader set of emojis that shows wider range of professions for women. The new set of Unicode emojis show male counterparts for male emoji available earlier. The update adds support for image keyboard, a quick way to search for images and GIF from the keyboard - the feature is akin to Google's Gboard for iOS keyboard.

With Android 7.1.1, Google is expanding app shortcuts feature to non-Pixel smartphones, With the feature users can simply long press the app icon and get access to few quick shortcuts. Yes, it is exactly like 3D Touch minus the 'force touch' feedback.

All Pixel devices updated with Android 7.1.1 will support raise-to-wake and double-tap, a feature that allows users to see their lockscreen and notifications when the device is picked up. Pixel owners can also tap with two fingers to see incoming alerts.

Google had offered these updates to Nexus range via Android 7.1.1 public beta and now the feature is being officially announced. The rollout is, of course in phases and will be available for all devices in the coming weeks.