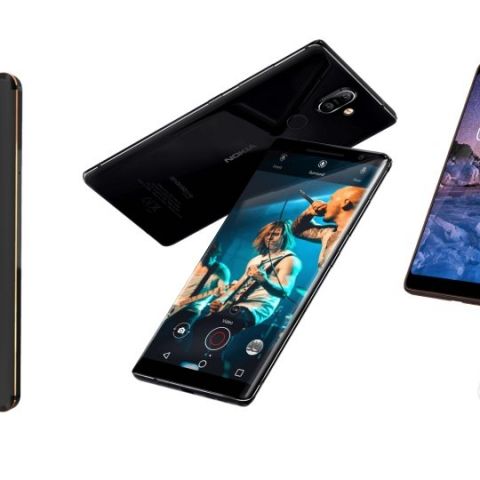 HMD Global has been unfailingly delivering its promise to bring timely Android updates to Nokia smartphones. Now the company has gone a step further and confirmed that four Nokia devices will soon get Face Unlock feature. Face Unlock, first introduced by iPhone X last year, is a hot feature that every smartphone maker has introduced in their devices either via software or hardware in case of new models. Nokia phones will get the feature via an OTA update.

Replying to a question on the availability of Face Unlock feature on Nokia 8 on Twitter, Nokia Mobile said, “Nokia 8 Sirocco, Nokia 7 plus and the new Nokia 6, as well as the Nokia 8 will get face unlock as an OTA update in the coming months.”

Last month, HMD Global announced that all Nokia smartphones will be getting Android P update. The Nokia 8 Sirocco, Nokia 7 Plus, Nokia 6.1 and the new Nokia 5.1, 3.1 and 2.1 smartphones are already covered for receiving the next major Android iteration. Now, the company has made clear that the first generation Nokia 2, Nokia 3, Nokia 5, Nokia 6 and the Nokia 8 handsets will also be updated to Android P.

The Nokia 8 Sirocco is powered by the Qualcomm Snapdragon 835 SoC with 6GB RAM and 128GB internal storage. It’s IP67 water and dust resistant as well and features a 5.5-inch QHD POLED display. On the rear, it’s equipped with a 12MP + 13MP dual-rear camera with a wide-angle and a telephoto lens respectively. The phone runs on the Android One program and is powered by a 3260 mAh battery, which can be wirelessly charged.

The Nokia 7 Plus is powered by a Qualcomm Snapdragon 660 SoC with 4GB RAM and features a 6-inch FHD+ display with a taller 18:9 aspect ratio. On the rear, it features a 12MP wide-angle and a 13MP telephoto lens dual-rear cameras and comes with a 16MP front-facing camera, both cameras are made with Zeiss lens. It is powered by a 3800mAh battery.

The New Nokia 6 or the Nokia 6 (2018) smartphone features a 5.5-inch Full HD display and is powered by a Qualcomm Snapdragon 630 SoC with 3GB RAM. It sports a 16MP camera on the rear and comes with an 8MP sensor at the front. It is backed by a 3000mAh battery and supports wireless charging as well.