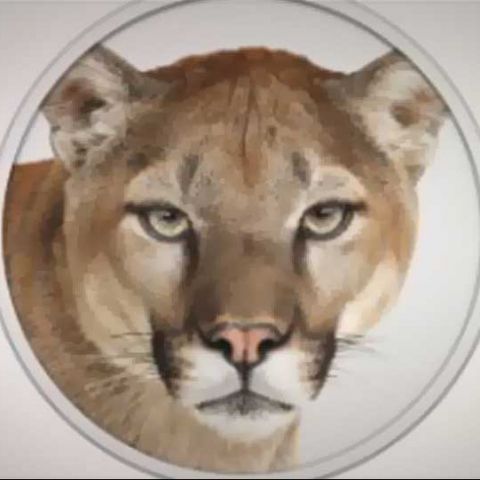 Apple has launched the developer preview of Mac OS X’s latest version – Mountain Lion. The operating system will be released to the general public sometime in the American summer.

The new OS was unveiled without fanfare before the WWDC conference, looking to give developers and testers as much time with the software as possible to iron out bugs before its release.

Apple's Mac OS X 10.8 Mountain Lion will feature numerous new features inspired by iOS, and is the next step to what 10.7 Lion started, the convergence of software when iOS devices and Mac devices are connected in a single ecosystem.

Tim Cook’s recent statement makes it clear that Apple believes the future of computing lies in mobile devices, such as phones and tablets, and not desktop PCs. Mountain Lion uses Apple iCloud as the means of integration between the two operating systems, allowing both types of apps to share data over the cloud.

Apple has announced ten new features of Mountain Lion, which include Mac counterparts of iOS apps like iMessage, Reminders, and Notes, which will be able to sync with each other. iChat has been replaced by Messages, which includes iMessage integration allowing users to bring conversations off iOS devices onto the computer. A beta version of the Mac app can be downloaded for Mac OS X 10.7 Lion as well.

Apple iCloud service has been used for enabling more than just syncing, and has been integrated deeply into Mountain Lion, with Finder featuring iCloud files as well.

Other new features include two other iOS-inspired features, the first being the Notification Center near the desktop that displays notifications from both third-party and first-party applications. It can easily be accessed by a new, two-finger swiping motion on the multi-touchpad, or a dedicated menubar item. Developers will be able to use both banner and pop-up type alerts for their app notifications. The second is the Game Center, displaying all of the user’s games and achievements. Games can also be launched from here. Leaderboard functionality has also been added, as a precursor to multiplayer capability for Mac games – including cross-platform iOS and Mac games.

Also new are Mountain Lion’s two sharing tools, called Share Sheets and AirPlay Mirroring. Share Sheets will allow users to share content (on Safari, Preview, iPhoto as well as some Web services) via Twitter with a click of a button. AirPlay Mirroring will enable screen sharing with Apple TVs over Wi-Fi, with a 720p HD video stream limit. An iTunes AirPlay feature is also expected.

Apple has also announced a few new features which are not iOS-inspired, the biggest of which is Gatekeeper (similar to Windows’ UAC) – an anti-malware security utility, which checks if the app under scrutiny has the right IDs before installation, associated with a registered developer.

Apple has also added local support for Chinese users, with Mac OS X 10.8 Mountain Lion featuring local search engine integration (like Baidu) in Safari, instant messaging and email services like QQ, 126 and 163, as well as content sharing services like Sina weibo, Youku and Tudou. Both simplified and traditional Chinese text input has also been introduced, with an auto-updated dictionary.

More details about the Apple Mac OS X 10.8 Mountain Lion will be made available in the time till the release, and at WWDC.