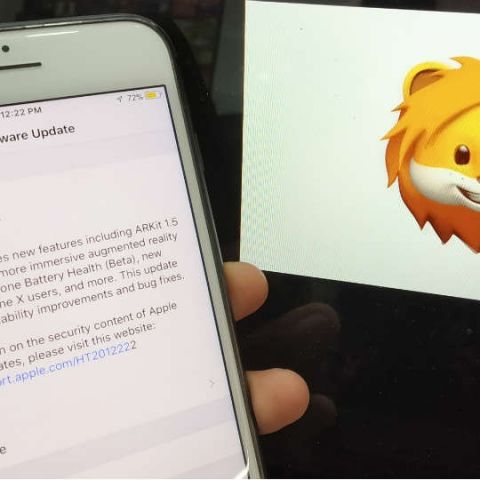 Apple has started rolling out the iOS 11.3 update to all iPhone, iPad and iPod touch users across the world. The new update brings with it the usual bug fixes and performance tweaks, along with some new features which enhance usability and make Apple devices more functional. Major changes with iOS 11.3 come in the form of a new Battery Health Beta setting to give users control over iPhone throttling, new Anomojis have been added for iPhone X users, AR experiences have been enhanced for vertical surfaces, and a Health Records feature has been introduced to keep track of medical record. Here are all the changes that come with the iOS 11.3 update.

After facing flak over the revelation that it was purposefully slowing down iPhones to save battery life, Apple has released iOS 11.3 update that gives users more power over battery performance. iOS 11.3 has added new features to show battery health of an iPhone or iPad and recommend if a battery needs to be serviced. Battery Health Beta can be found in the Battery menu under Settings. Battery Health Beta is available for iPhone 6 and later device.

"Additionally, users can now see if the power management feature that dynamically manages maximum performance to prevent unexpected shutdowns, first introduced in iOS 10.2.1, is on and can choose to turn it off," Apple said in a statement late Thursday. This feature can be found in Settings>>>Battery and is available for iPhone 6, iPhone 6 Plus, iPhone SE, iPhone 6s, iPhone 6s Plus, iPhone 7 and iPhone 7 Plus.

iOS 11.3 also makes it easier to understand how personal data may be used. "A new privacy icon and detailed privacy information will appear whenever Apple asks for access to personal information to enable features, secure Apple services or personalize an iOS experience," the Cupertino-based company added.

Business Chat
Unfortunately, this feature will be limited to users in the US. The new "Business Chat" feature lets users communicate directly with businesses right within the Messages app. "Business Chat" will be available in beta in the US and top businesses in retail, finance and hospitality will begin rolling out this new messaging feature for customers.

Apple Music will now be able to streams music videos uninterrupted by ads. "Users can watch the hottest new videos, classics or ones from their favorite artists back-to-back in new music video playlists," says Apple.

"Apple News makes it easier to stay up-to-date on the most important videos of the day with a new Video group in For You, and improved Top Stories," the company said.