Apple has finally made macOS Mojave available to download for all MacBook and iMac users. Here's how you can download the new operating system on your PC. 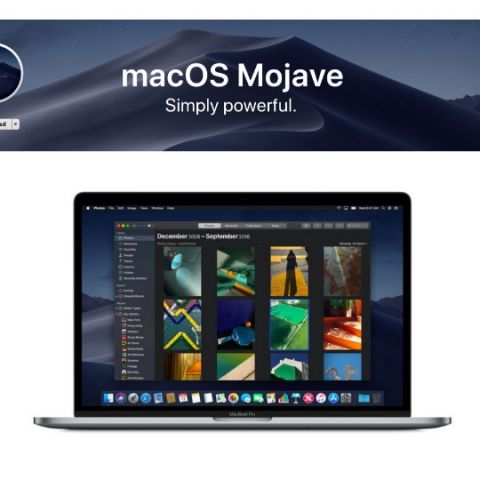 macOS Mojave, the new operating system version 10.14 for MacBooks and iMacs is finally available for download to all users of compatible devices. macOS Mojave can be downloaded from the Mac App Store as a free software update for the following models:

Those updating to macOS Mojave should ideally have 20GB (recommended by Apple) of storage space free to download the 5.70GB software update. Users should also ideally backup their machines before installing the update so as to prevent any possible data loss.

macOS Mojave brings with it a slew of new features to compatible devices, including the system-wide Dark Mode, changing desktop images with Dynamic Display, the ability to automatically Stack files by kind, date or tag, and much more.

One of the most useful features of macOS Mojave besides Dark Mode is Continuity Camera. The feature allows iPhone users to photograph an object or scan any document using their iPhones to automatically make it appear of their Macs. The Mac App Store also gets an overhaul with macOS Mojave, and features new sections like Discover, Create, Work and Play.

iTunes can now be used to search for songs by just typing in few words from the lyrics. Safari gets an Intelligent Tracking Prevention feature, similar to one recently seen on Mozilla Firefox. Safari will no longer let Share and Like buttons, as well as embedded content and comments widgets track users around the web. The browser also adds support for website icons in browser tabs so users can easily identify their open tabs with a glance. Website icons can be enabled in System Preferences.

​The Apple News, Stock and Voice Memos apps will also make their way from iOS to macOS Mojave. HomeKit users will now get real-time notifications from their connected devices on their Macs and will be able to control all their devices from their desktops.

There’s also a new Gallery View which will make browsing files easier by creating visually large previews to identify images, videos, and all other kinds of documents.