Adobe Creative Suite 6 (CS6) goes up for pre-order, releases end of May 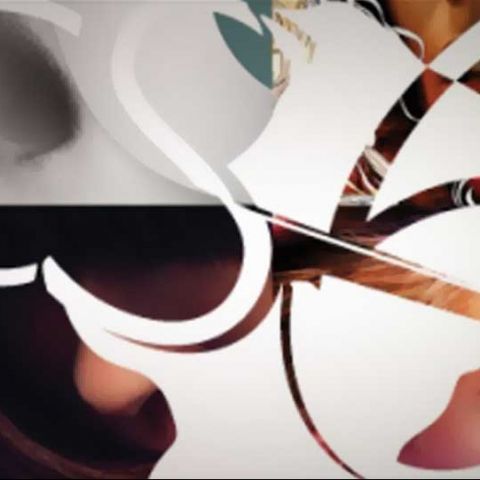 Adobe has announced the release of its Creative Suite 6 (CS6) software. It is up for pre-order, and will be available by this time next month.

Other suites, such as Master Collection, Production Premium, as well as Design and Web Premium have also been released alongside Adobe Creative Suite 6 Design Standard. You can find all the prices, along with those of individual software, below. Users will also be able to access all the software via Creative Cloud, for $49.99 per month on annual subscriptions. Adobe has also launched an online store for India, with rupee pricing. You can check it out here.

Almost all the software in the CS6 suite enjoy improved performance thanks to Adobe's Mercury Playback graphic engine, taking advantage of modern day GPUs for real-time previewing, and overall enhanced speed. Most of the new software also feature a new, more modern, and darker interface. However, in most cases, users will also be able to revert to the older CS5-style interface, if they prefer.

Photoshop, probably the best known Adobe software, gets a lot of improvements in the CS6 version, apart from those listed above, including: improved liquefy (maximum brush size is now 15,000), improved content aware (new move and extend tools), new Camera Raw module, new drawing tools, new text tools, new perspective tools, as well as number of easy to use 3D features, from extrusion, to lighting, and shadows. It also gains the ability to edit video.

With a variety of digital and web publishing tools on offer, Adobe clearly has stressed on a single major theme – reducing the designer’s effort when designing for multiple devices. In most forms across the publishing and web design software, Adobe has brought fluidity to layouts (with ‘liquid layouts’ and ‘liquid page rules’ in InDesign, ‘fluid grid layouts’ in DreamWeaver, etc.), meaning, designers can create e-magazines or websites that will switch layouts depending on the device's viewing resolution. Designers and developers then have the freedom to modify their designs and coding for all form factors in a single place, while preserving the rules of their choice.

InDesign's new features and improvements include the Place Gun Content Collector for drag and drop copy-pasting, enhanced Place and Link with synchronisation, complete Unicode font support, form creator (no need for Lifestyle Designer now), and, native support for 10 Indian languages. Illustrator, now available in 64-bit, also has many new features, such as a brand new light trace and image trace, as well as a reworked Pattern Maker.

Dreamweaver, apart from fluid grid layouts, also gets access to the Creative Cloud’s entire typeface library, and support for HTML5 CSS transitions and jQuery mobile. Adobe’s Flash Professional will get sprite sheets support, as well as the ability to create hardware-accelerated 2D content with the new Starling framework. It will also be able to bundle the Adobe AIR runtime with created apps.

Coming to the Production Premium side of the latest generation of Adobe software, there have been plenty of additions as well. Premiere Pro gets extra keyboard shortcuts, warp stabilization, adjustment layer, colour correction, multiple camera support (up to 188), new audio mixer powered by Audition, and a new media importer. Adobe Audition gets an auto-lip synch feature, as well as SpeedGrade, which brings studio-level, real-time colour grading of film to desktops for the first time. After Effects gets a new and improved cache system, 3D camera tracking, ability to import 3D text and graphics from Photoshop and Illustrator, and rolling shutter repair.

Adobe has also added Adobe Muse and Prelude to the suite, which will allow users to easily log changes, plan layouts, and rough cut their media. Fireworks, Edge Preview and Encore are also available as full versions now.

As for pricing, Adobe offers tiered upgrades now, with different pricing depending on if the user is upgrading from a different suite, CS5.5, or CS5, and, in some cases, even if upgrading from CS4 and CS3.