With dust storm on Mars finally clearing, Opportunity might talk to us again 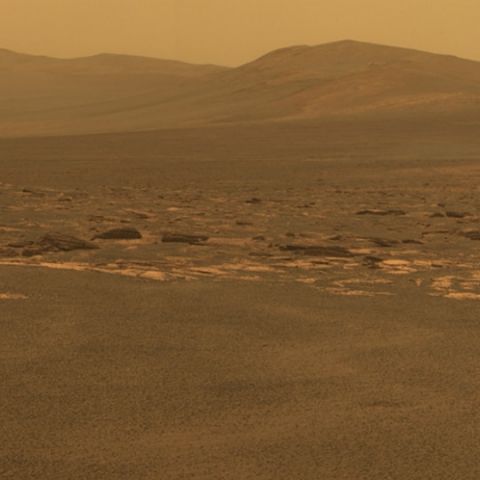 NASA to give scientists a 45-day deadline to revive Opportunity before starting “passive listening efforts”.

Mars rover Opportunity fell silent on June 10 owing to a dust storm that struck the 22-kilometre-wide Endeavour Crater called Perseverance Valley. The storm plunged the solar-powered rover into complete darkness. By June 20, the storm only grew worse. Finally, in late July, the storm began dying down, giving researchers back on Earth hope that communication with the stranded rover could once again be reestablished.

Now, it seems the dust storm is clearing some more. If there ever was a right time to get Opportunity to talk to us again, it’s now. "The Sun is breaking through the haze over Perseverance Valley, and soon there will be enough sunlight present that Opportunity should be able to recharge its batteries," said John Callas, Opportunity Project Manager at NASA’s Jet Propulsion Laboratory in a statement.

Mission controllers on Earth are already trying to wake Opportunity up three times a week by sending commands to shout back through the big radio antennas of NASA’s Deep Space Network (DSN). NASA will wait for the atmospheric opacity (“tau” level) to reduce before expecting a successful signal transmission. “When the tau level dips below 1.5, we will begin a period of actively attempting to communicate with the rover by sending it commands via the antennas of NASA's Deep Space Network. Assuming that we hear back from Opportunity, we will begin the process of discerning its status and bringing it back online,” commented Callas.

“If we do not hear back after 45 days, the team will be forced to conclude that the sun-blocking dust and the Martian cold have conspired to cause some type of fault from which the rover will more than likely not recover,” added Callas. This means the team has a strict deadline to meet. The engineers must revive the Mars rover before that or lose all hopes of working with it in the future. After the deadline, they will make “passive listening efforts” for several months before writing Opportunity off for good.