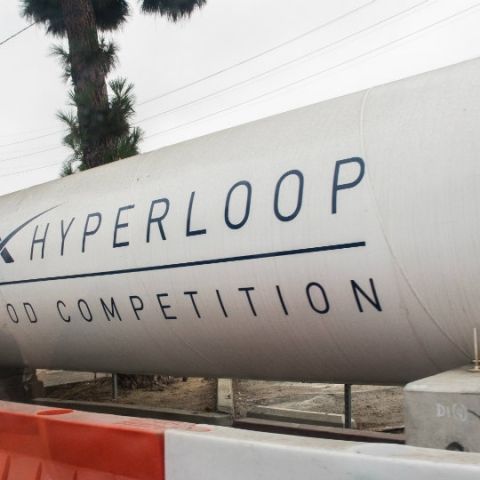 WARR Hyperloop was one of the three finalists in the SpaceX competition. Participants were required to develop a self-propelled pod that goes down the 1.2-kilometre-long Hyperloop tube. Built by SpaceX, the Hyperloop tube is Elon Musk’s futuristic vision for high-speed transportation. The pod that goes the fastest wins. Competing with WARR were teams from Delft University from the Netherlands and EPF Loop from Switzerland.

SpaceX held the competition at its headquarters in Hawthorne, California on July 22. According to a report by The Verge, engineering students joined to watch the competition in the hundreds on Jack Northrop Avenue. The air around the event resembled that of a cheerful summer music festival. Elon Musk, CEO of SpaceX made an unexpected appearance.

It’s a hat-trick for WARR Hyperloop as the team bagged the top prize for the third time in a row. The team took home the top prize in January and August 2017. WARR Hyperloop’s pod is a 70-kilogramme carbon fibre one that’s powered by a 50kW electric motor. It’s brought to halt within five seconds by pneumatic friction brakes. The pods of Delft University and EPF Loop hit a top speed of 142 kmph (88 mph) and 88.5 kmph (55 mph) respectively before facing a number of technical complications.