The rules of quantum dictate that information is never lost. But what about when a black hole evaporates out of existence? What happens to information then? Hawking explored this in his final paper before his passing in March this year. 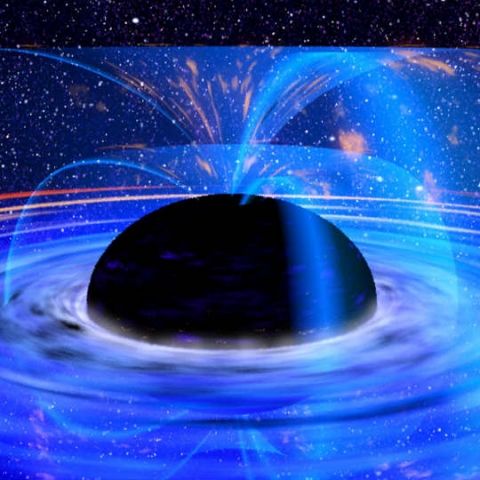 Physicists who last worked with the renowned British cosmologist Stephen Hawking before his passing in March earlier this year have now written up the last parts of his final paper and published it online. Hawking had spent the better part of his career finding out what happens to information when objects fall into black holes. According to a recent report by The Guardian, his final paper revolved around what theoretical physicists call “the information paradox”.

According to the report, the origins of the problem can be traced back to Albert Einstein, who, in 1915, published his theory of general relativity. In his theory, he made important predictions about black holes as well. The most notable was that a black hole can be defined by only three features: its mass, charge, and spin.

Sixty years later, Hawking shed some more light on the subject by arguing that black holes also have a temperature. And since hot objects lose heat into space, the ultimate fate of a black hole is to evaporate right out of existence. On the other hand, the rules of quantum state that information is never lost. So what happens to all the information when, say, all the atoms of a moon fall into a black hole, remained a mystery—until now.

In Hawking’s paper on the matter, he and his colleagues explain how some information may be preserved. The physicists show that a black hole’s entropy (or a measurement of its internal disorder) may be recorded by photons surrounding the black hole’s event horizon, the point during which light cannot escape the immense gravitational pull. This sheen of photons, as The Guardian describes it, is termed “soft hair”.

“What this paper does is show that ‘soft hair’ can account for the entropy. It’s telling you that soft hair really is doing the right stuff,” said Malcolm Perry, a co-author on the paper and a theoretical physics professor at Cambridge, in a comment to The Guardian. The information paradox has still not been fully resolved though. “We don’t know that Hawking entropy accounts for everything you could possibly throw at a black hole, so this is really a step along the way,” he added. “We think it’s a pretty good step, but there is a lot more work to be done.” Perry and his colleagues must now explore how information comes out of a black hole when it evaporates.