Learning how to code can be fun too! 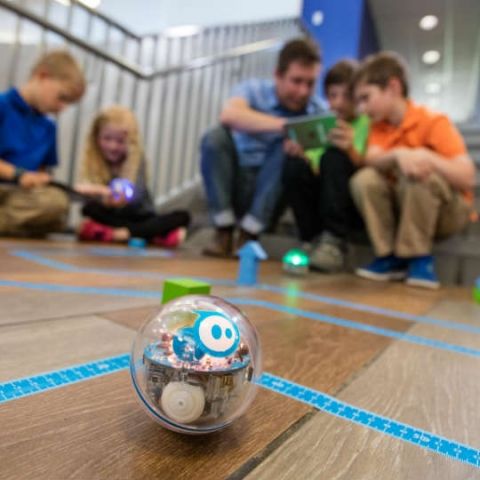 Sphero has launched a new rolling robot called the SPRK+ that is aimed at helping children learn programming. The robot works via the Lightning Lab app that has been updated to have a better programing canvas and includes more than 150 learning activities. The app is priced at $129 (approx. Rs. 8,700) and features programmable sensors, an accelerometer, a gyroscope as well as LED lights. To ensure that robot can withstand bumps and knocks, it has a polycarbonate shell that is scratch-resistant and waterproof. The SPRK+ can be charged via inductive charging.

David Millage, General Manager of Education at Sphero stated, “SPRK+ and Lightning Lab teach students valuable skills for the future under the disguise of play. Learning is evolving and we are seeing a transition from consumption to creation in the classroom. Our robots are being used to teach everything from art to physics in a fun and hands-on way that engage students on a new level.”

However, If you are simply looking for something that is pretty cool, Sphero also sells a replica of BB-8 from the new Star Wars movie. The droid can be controlled via a smartphone and is priced at $149.99, which is about Rs. 10,000.