SpaceX successfully lands Falcon 9 in the sea for the second time!

CEO Elon Musk had expected a "hot and fast" landing this time. It sure was that, but only, a success!

SpaceX has successfully landed the Falcon 9 rocket out on a drone barge in the sea after delivering the JCSAT-14 Japanese satellite 36,000kms above the equator. The Falcon 9 spaceship, which previously accomplished its first sea landing after delivering payload to the International Space Station (ISS), accomplished deploying the JCSAT-14 satellite to a Geosynchronous Transfer Orbit, and against general odds, successfully landed back on Earth, in the sea.

The first leg of its flight was smoothly successful, and despite predictions of the high altitude leading to extreme velocities and reentry heating, the landing has been a success. The second stage deployment today was far higher than the previous mission, thus leaving the first stage of the Falcon 9 with much lesser fuel to maneuver its landing. As a result, Elon Musk, the mercurial founder of SpaceX, had described that the landing will be “hot and fast”. To put it simply, we may have seen a spectacular crash this time round, instead of a steady landing.

After three failed attempts, SpaceX finally landed the Falcon 9 out in the sea last month, on April 8. With this landing, SpaceX would have achieved retrieving the rocket for the third time in its history. With this time, not only did it deploy the satellite accurately, but managed to achieve a steady sea landing.

SpaceX’s Vice-President of Mission Assurance, Hans Koenigsmann, has stated that the company will continue to attempt ocean landings for its next few missions. Looking into the future, SpaceX has stated that ideally half or two-thirds of its landings will need to be out in the sea, although it seems to be running out of space to store its rockets. As Musk referred, it might be time to get a new hangar for SpaceX. 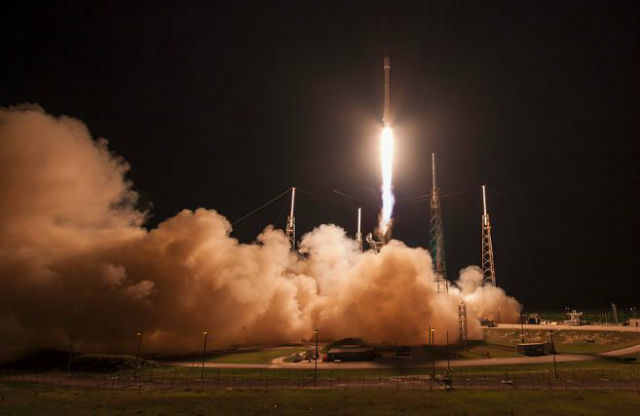