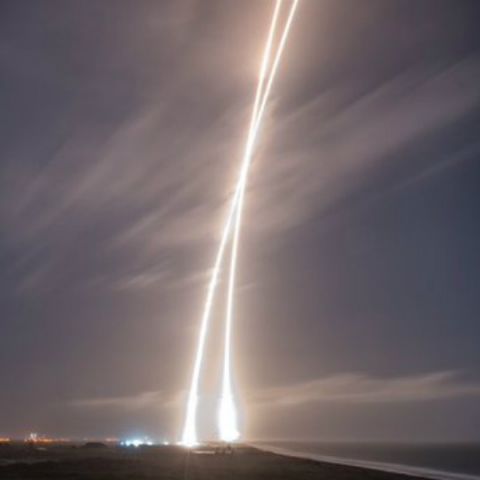 The Falcon 9 rocket developed by Space X took flight into space, launched satellites into the orbit and came back in one piece.

Elon Musk can take a bow. Space X, the ambitious space transportation service company, founded by the Tesla Motor's CEO, managed to launch a rocket vertically, breach the boundary of space, deposit a payload into orbit and land back on earth upright and intact. The second stage of the rocket named Falcon 9, deployed 11 private ORBCOMM satellites into the orbit, with its first stage returning back to pavillion, dead centre on the launch base.This feat in aerospace history was accomplished late on Monday evening by the Falcon 9 rocket which shot off from Cape Canaveral Air Force Station in Florida. A similar attempt by Space X back in June was unsuccessful and the private aerospace manufacturer had not launched a rocket since then. Tweeting about the Falcon 9's success this time around, Musk posted a Tweet saying, "There and back again."

There and back again pic.twitter.com/Ll7wg2hL1G

Jeff Bezos, who has his own aerospace research and development company called Blue Origin, also tweeted about Falcon 9's success, but conveniently ignored the difference between orbital and suborbital stage.

This landmark development in space travel means a lot for future trips in and out of Earth. Space agencies have been unsuccessful in retriving rockets after lift off. Now, with the Falcon 9 returning safely post its visit to space, there's heightened hope for lowering the cost of space travel significantly. The fact that a resuable orbital rocket is now a reality will give Space X room to expand and launch bigger space missions in the future. Check out this video of the Falcon 9's first stage landing, shot from a helicopter.