Soyuz spacecraft drill hole could be the result of human error, not sabotage 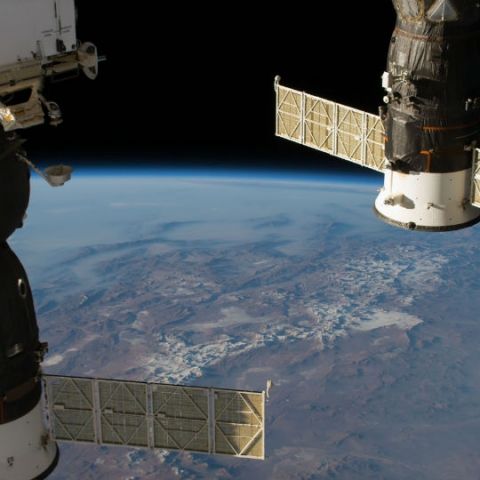 The drill hole that was discovered last week on the Soyuz spacecraft could be the result of human error during the final stages of rocket construction, new speculations say.

Do you remember the hole that was discovered on the orbital module of the Soyuz spacecraft last week? It caused an air leak and pressure drop in the International Space Station (ISS). Russians felt initially that it was the result of sabotage. The hole could have actually been caused by human error during the final assembly or testing phase of the spacecraft, says a news report by the Russian news agency TASS.

“One of the possibilities is the spacecraft might have been damaged in the final assembly hangar. Or it could happen at the control and testing station, which carried out the final workmanship tests before the spacecraft was sent to Baikonur,” said an unnamed source from the aerospace industry to TASS. The Russian news agency refers to the source as “he”.

According to the source, the final inspection stage could go on for up to 90 days. The Soyuz undergoes pressure chamber tests before being sent to the final assembly hangar. “It was airtight,” said he to TASS. “No outsiders are let in,” he added. “Only those with proper security clearance are allowed to enter. Also, at the entrance to the hangar and the control and measurement station there are security guards checking all those who come and go.”

The error could have occured here in these final stages, current speculations say. TASS reports that it has received no official confirmation yet on the matter. When the investigation first began, space agency chief Dmitry Rogozin was seen asking, “What is this: a production defect or some premeditated actions?” According to him, identifying the perpetrator or the cause was “a matter of honour” for S. P. Korolev Rocket and Space Corporation Energia.

At the same time, another Russian news agency by the name of RIA Novosti reported that Maxim Suraev, a federal politician and former cosmonaut, even suspected a "mentally unstable member of the ISS crew" for the drill hole. Currently, the investigation is still underway. It’s being carried out by a special commission involving RSC Energia, Roscosmos, and TsNIIMash.