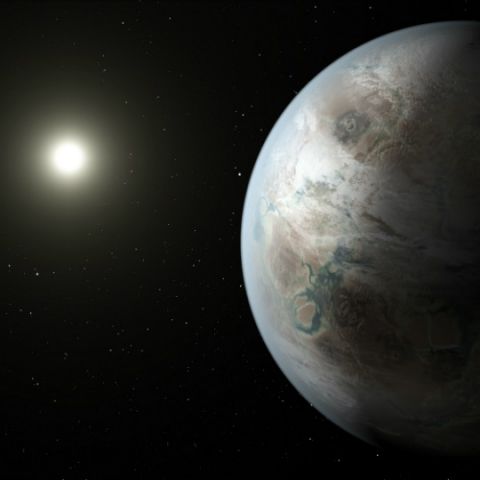 Hint: You need ultraviolet light and cyanide to start making life on a planet, says the paper that brings together organic chemistry and exoplanet research.

We’ve discovered a total of 3,815 exoplanets as of August 1, notes a recent report by EarthSky. But the big question still remains unanswered: how many of them are conducive to life? That is of course until now, because a new study, carried out by researchers from the University of Cambridge and the Medical Research Council Laboratory of Molecular Biology (MRC LMB).

The study, which was published in the peer-reviewed journal Science Advances, suggests that stars with sufficient ultraviolet light could aid in starting life on any habitable planet in the same way it likely started on earth. Ultraviolet light is known to kick up chemical reactions that can give rise to the building blocks of life. “This work allows us to narrow down the best places to search for life. It brings us just a little bit closer to addressing the question of whether we are alone in the universe,” says Paul Rimmer, the paper’s first author. He is a postdoctoral researcher with a joint affiliation at Cambridge’s Cavendish Laboratory and the MRC LMB.

The exoplanets we’ve identified so far have stars with sufficient ultraviolet light. They also lie within habitable zones of their stars. This fact, however, does not guarantee the existence of life on any of them. It does make them eligible candidates for earth-like life though. The more they resemble earth the more the chances are of them having earth-like life. 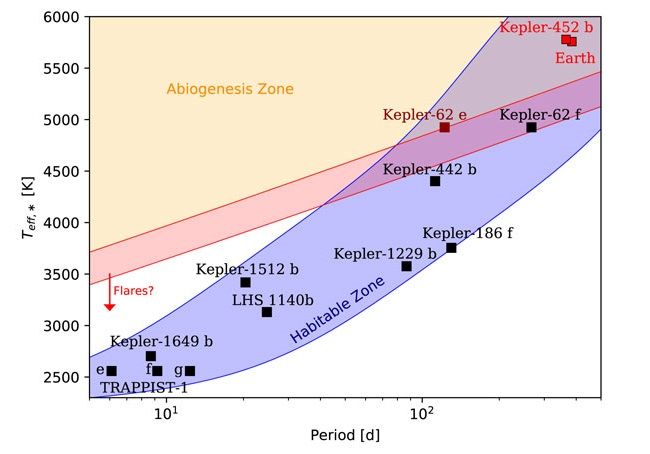 Earth has a potential cousin. Spotted it yet?

John Sutherland, a co-author of the new paper, argued in a paper he’d written earlier that cyanide was necessary for life to have originated on our blue planet. According to him, it was the chemicals produced from the interaction of hydrogen cyanide with the ground that created the building blocks of RNA, a close relative of DNA. Sutherland’s research group was able to recreate these chemical reactions under ultraviolet light, and, as a result, generate the precursors to lipids, amino acids, and nucleotides, parts essential to living cells.

Both Rimmer’s and Sutherland’s research groups were keen to see how quickly the building blocks of life could be formed from hydrogen cyanide and hydrogen sulfite ions when they were exposed to ultraviolet light. While the experiment failed in darkness, it succeeded in the presence of ultraviolet light.

The next step was to compare the results obtained against the ultraviolet light emitted by different types of stars. Interestingly it was observed that stars about the same temperature as our sun produced enough ultraviolet light for all the building blocks of life to come to life. Cooler stars didn’t do the job, unless they also had active, strong solar flares like red dwarfs.

There could be trillions of potentially habitable rocky planets in the universe, according to Sutherland. But the one the likeliest to be a cousin to our planet is Kepler 452b, a planet we discovered some three years ago in the constellation Cygnus. The rocky planet is 1,400 light-years away from us. It revolves around a sun-like star within the habitable zone. So, how many exoplanets have the right Earth-like conditions then? To the best of our knowledge so far, just the one, really. A better telescope technology in the future will tell us more about the planet’s atmosphere and its ability to sustain life.