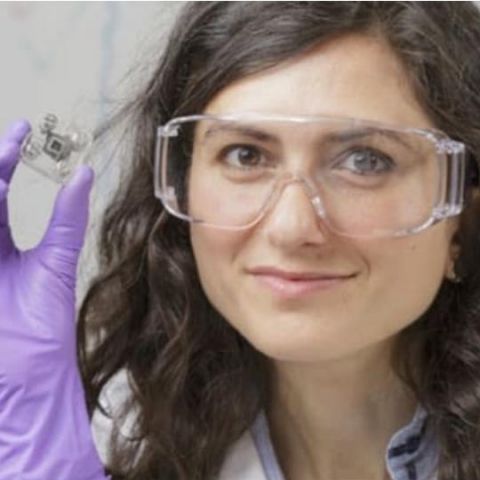 Seems like we release renewable energy when nature calls.

A team of researchers at the University of Bath, England, have developed a low-cost, urine-powered fuel cell that can run electronic devices, including cell phones. According to Electrochemica Acta, the official journal of the International Society of Electrochemistry (ISE), this device is approximately the size of a US quarter coin, and costs between $1.50 and $3 to make. It uses the natural, biological process of ‘electric’ bacteria to convert organic matter to electricity. Urine passes through the cell, reacts with these bacteria, and generates electricity that can be stored, or used to power an electronic device. A single cell produces 2 Watt/cubic metre of electricity. While the output is not comparable to other conventional green alternative such as solar, these fuel cells have positives such as low manufacturing cost and small size. Additionally, these cells can be stacked to increase potential.

Dr. Mirella Di Lorenzo, lecturer at the Department of Chemical Engineering, University of Bath, said that the ability to harness human waste could revolutionise electricity generation. “Microbial fuel cells can play an important role in addressing the triple challenge of finding solutions that support secure, affordable and environmentally sensitive energy, known as the energy trilemma”, Dr. Lorenzo said. “There is no single solution to this ‘energy trilemma’ apart from taking advantage of available indigenous resources, which include urine."

Using urine as a fuel is not entirely a new concept. According to The Guardian, in 2011, Gerardine Botte of Ohio University created a way to produce hydrogen fuel from urine. Transcending to green fuels from the fast-depleting and environmentally hazardous fossil fuels is the need of the hour, and innovations like these streamline the way to clean, renewable energy.