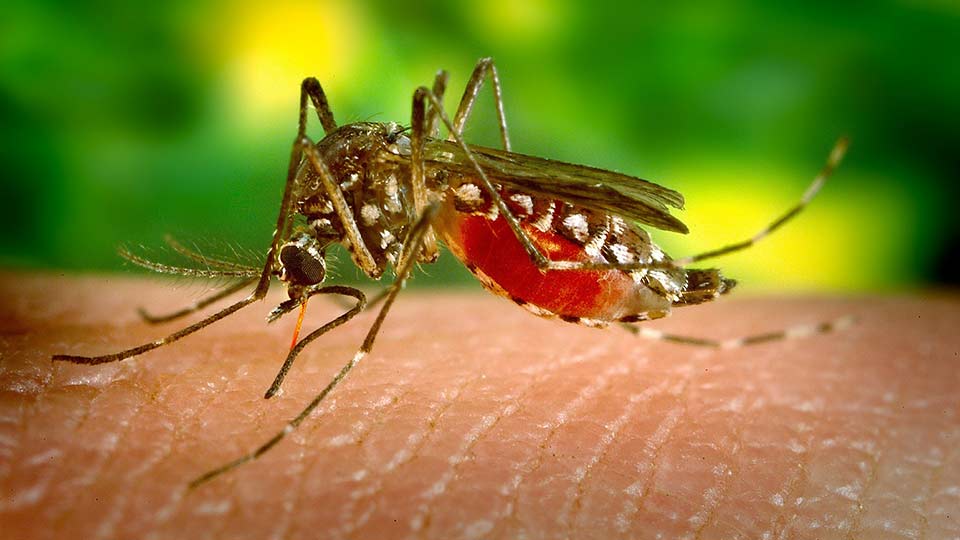 The research can pave the way for new ways to control mosquitoes, and prevent diseases.

Carbon dioxide, which is exhaled by humans and other animals are a primary trigger, which kicks the visual centres of the mosquito brain into action.

Researchers have found out what goes on in the brain of a mosquito, before she zeros in on a host to suck blood. The findings indicate that mosquitoes primarily depend on their sense of smell, and then their vision, to hone in on a target. Carbon dioxide, which is exhaled by humans and other animals are a primary trigger, which kicks the visual centres of the mosquito brain into action. The mosquito begins to scan the surroundings for shapes that could potentially match the target, or the source of carbon dioxide, and begins flying towards it.
A corresponding author of the study, Jeffrey Riffell said, “Our breath is just loaded with CO2. It’s a long-range attractant, which mosquitoes use to locate a potential host that could be more than 100 feet away.” While the mosquitoes can pick up the smell of carbon dioxide from a 100 feet away, their vision is only good for targets that are 20 feet away or closer.
The setup for the experiment was tiny, but elaborate. The main setup was a circular “arena”, seven inches in diameter. The inner wall of the arena formed an LED display, which provided the visual stimulus for the mosquitoes. A pipe introduced smells to the arena. In the middle, the mosquitoes were tethered, one at a time with a tungsten wire. An optical sensor below the mosquito gathered information on wingbeats, its frequency and direction. 250 individual mosquitoes were tested in this setup. 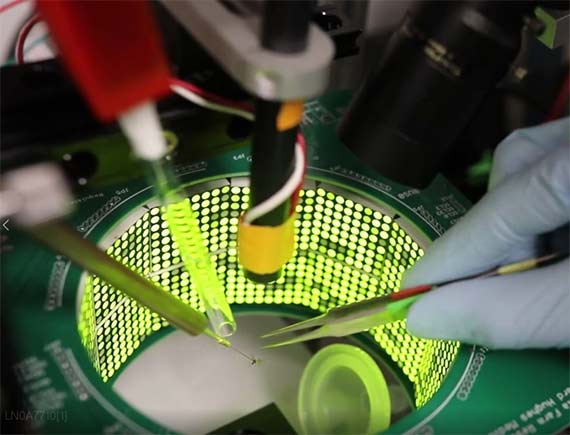 When 5 percent carbon dioxide was introduced to the arena, the mosquitoes beat their wings faster. The amount introduced is just a shade above what humans exhale - 4.5 percent. When the introduction of carbon dioxide was accompanied by a visual stimulus on the LED screen, the mosquito immediately turned towards this target. The stimulus was in the form of a simple horizontal bar. Other visual stimuli, such as fast moving starfields, had little effect on the behavior of the mosquito.
Now comes the really interesting part. The researchers conducted the same experiment with genetically modified mosquitoes. These mosquitoes had calls that glowed in fluorescent green, if there were high levels of calcium detected in them. As a result, the neural cells in these mosquitoes glow when they are actively firing. The researchers then removed a portion of the tiny mosquito skulls, exposed the brains in these mosquitoes, put them on the tether, and directly observed the mosquito brains under a microscope. This is where the researchers discovered that the neurons in the vision center of the brain fired when there was an olfactory stimulus. The reverse did not take place, where visual stimulus triggers the sense of smell. The neurons in the vision center start firing when the mosquito detects the smell of carbon dioxide. “Olfaction is a long-range sense for mosquitoes, while vision is for intermediate-range tracking. So, it makes sense that we see an odor — in this case CO2 — affecting parts of the mosquito brain that control vision, and not the reverse,” Rifell said.
Next, the researchers want to investigate the effects of other shapes on the behavior of mosquitoes. The research can pave the way for new ways to control mosquitoes, and prevent diseases spread by them.

Source: University of Washington
Cover Image by Skeeze from Pixabay