Researcher develops technology to control multiple drones with your mind 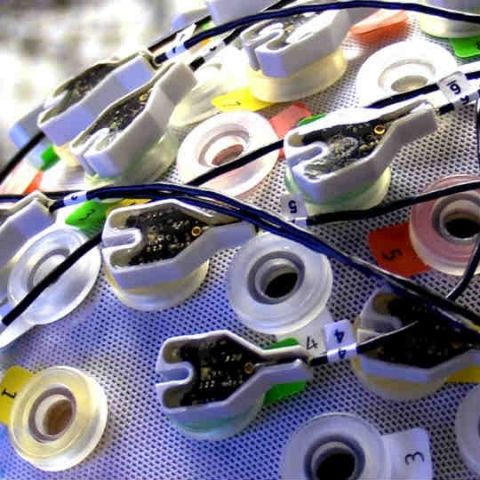 A researcher at the Arizona State University has developed a way to control multiple drones via the human brain. The researcher, Panagiotis Artemiadis is the director of Human-Oriented Robotics and Control Lab at the Ira A Fulton Schools of Engineering has developed a skullcap fitted with 128 electrodes. These electrodes record brain activity and and lets the user control up to four robots. Artemiadis said, “I can see that activity from outside. Our goal is to decode that activity to control variables for the robots. So if a user is thinking about spreading out the drones, the system will be able to relay that information to the robots as the researcher knows which part of the brain controls that thought. A wireless system sends the information to the drones. “We have a motion-capture system that knows where the quads are, and we change their distance, and that’s it,” Artemiadis said.

In order to control the robots, the controller watches the drones on a monitor and pictures them performing a task. Artemiadis says that the controllers have to stay focused and it will not work if their mind is occupied by other factors. He added that stress and fatigue also play a part. The next step in Artemiadis’ research is to have multiple people controlling multiple robots. In the future he hopes drone swarms performing complex operations like search-and-rescue missions.